In the Yoruba religion (Ifa), Yemaya is one of the most powerful Orishas. She is worshiped in the Santeria,  Candomblé and Umbanda faiths. During the colonization of the new world, and the trans-Atlantic slave trade, Yemaya became syncretized into other belief systems, such as the Catholic Virgin Mary, or the Black Madonna. Yemaya is a water deity. On the surface she invokes mermaid imagery. However, Yemaya is much more than that. She rules the oceans, where life begins. As a mother goddess, she is fiercely protective of her children. Her associations are the colors blue and white, sea shells, the moon, the number seven, anything that pertains to the sea. Yemaya, or Yemoja, has an extremely rich history, and this blog post only scratches the surface.

However, Yemaya has African roots. Therefore I decided to illustrate with a darker skin complexion.  There is a tiny correspondence to the European fairy tale created in 1836 by Hans Christian Anderson, ‘The Little Mermaid.’ Today people are more aware about the Disney film version.

This is my second time illustrating Yemaya. Did one of her way back in 2005 or 2006. Not many people have seen that version. Those who have seen it, they seemed to have liked it. Alas. This month I’ve been searching for that artwork. A few weeks later and it’s still nowhere to be found. Which is why I went ahead and did a new version.

Here I’ve included both the inked version, and the digitally colored version. I’m not all that happy with the colorized version. It probably would’ve been better if I had filled out the illustration in watercolor instead. Unfortunately, time was of the essence. Looks like I’ll have to do yet another Yemaya portrait down the line. 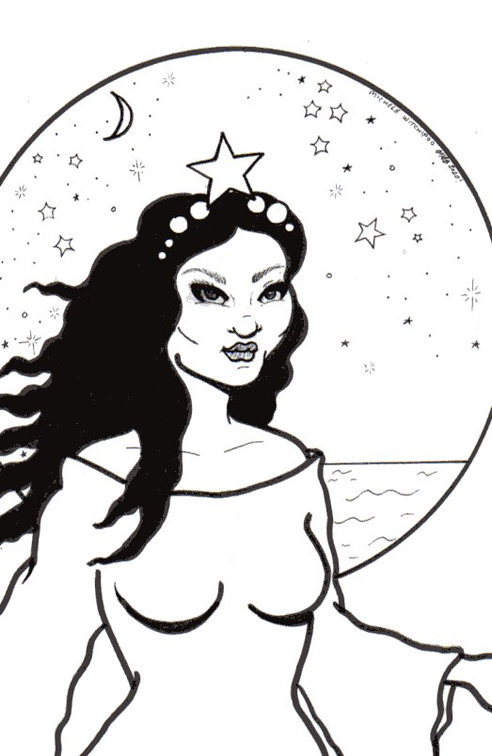 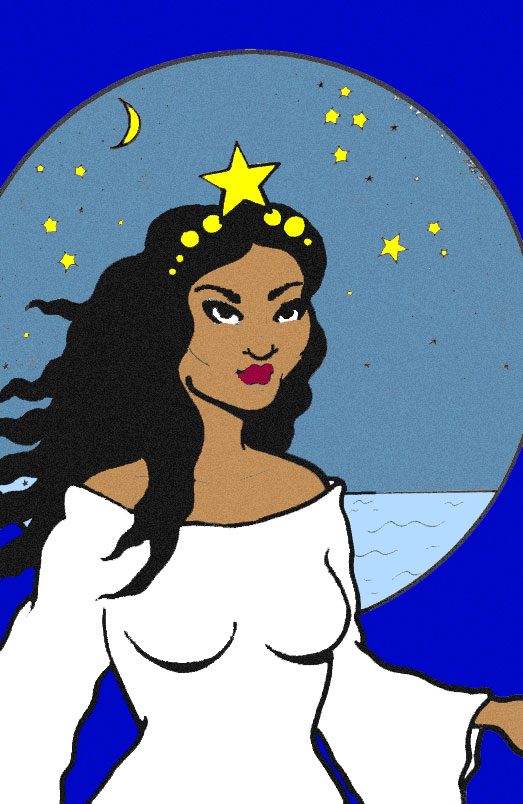 Yemaya. Hand drawn in pencil, inked with pen. Digitally colored. However, I knew I should’ve gone with watercolor. Next time. By Michele Witchipoo. Jan. 2020.