Life is full of surprises. I was in the worst mood yesterday. Out of the blue, someone tagged me in a Facebook comment. A very old issue of Psycho Bunny was seen in this Open Culture article. Below is a screen shot. 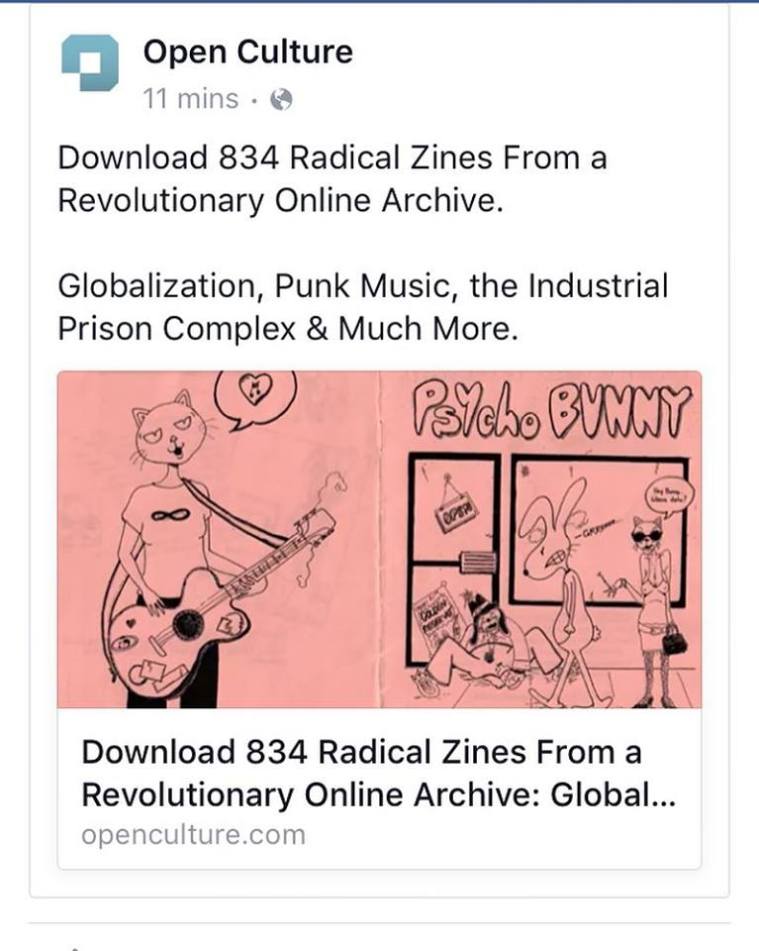 Fellow artist and Facebook friend Norn Cutson had tagged me in a comment, and it was amazing timing.

According to the article, the University of Kansas now has acquired over a 1000 zine titles from a zine library in Lawrence, Kansas.  That’s the same town where William S. Burroughs spent the last ten years of his life. Back in 2006, I was visiting Lawrence trying to find Burrough’s house. If you’re not familiar with Lawrence, Kansas, it’s a small progressive university town. There’s the usual assortment record stores, boutiques, bars, and a venue where I later saw Peaches in concert. It’s a nice little place. Occasionally I would visit Lawrence. It was during these occasional day trips when I came across this small zine library. I donated a few of my self published titles at the time. Never would I thought it would end up in a university archive.

In 2006, it was the same town where I later got a small tattoo of the number 23, in honor of Burroughs.

Funny thing is, looking back on this now, I can see a million and one things wrong with my artwork. For starters, the lines should’ve been bolder. The cover itself still makes me chuckle. I had drawn this after walking around in Long Island City, Queens. My job at the time was located around the Queens Plaza area. There I saw a passed out derelict sprawled out on the sidewalk. The man had urinated in his pants as he slept, holding a bottle. The street hooker was from someone telling me her mother was a drug addict who used to sell her body for drugs in Long Island City. Of course, this was way before the current wave of hyper gentrification in NYC.

My drawing skills have improved massively since then, but for now, you can always read the back issue online.