Didn’t have a table at MoCCA 2014, not this year. Didn’t have any new stuff to promote. So I just basically walked around, checking out the other artists, etc. The strange part was coming across an comic book anthology I had contributed to back in 2012:

Below is a personal photo of the two page story I did with writer and person behind the book, Nicolas Caesar. 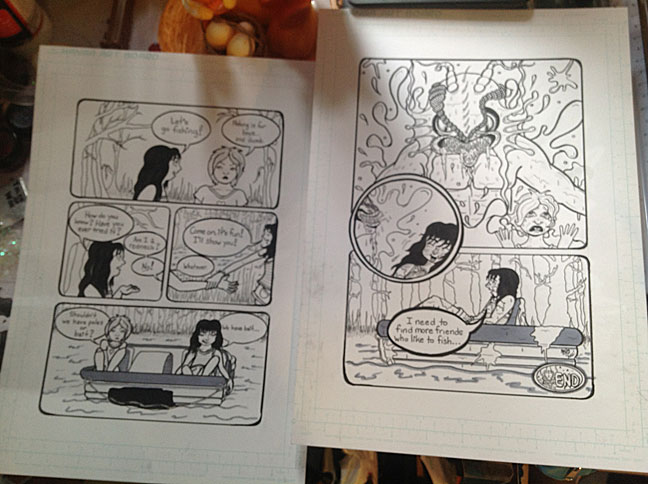 Short story I did the art for, Nicolas Caesar wrote the story. Published in the Filthy Cake horror comic book anthology, 2012.

Of course I approached the table. Met another artist and writer who contributed to the comic book anthology as well. Below is the Tumblr link (of course, it’s not the most flattering photo, but hey):