Been on a kick lately. Listening to music from the late ’70s and early ’80s. Which means lots of classic New Wave and Punk Rock. 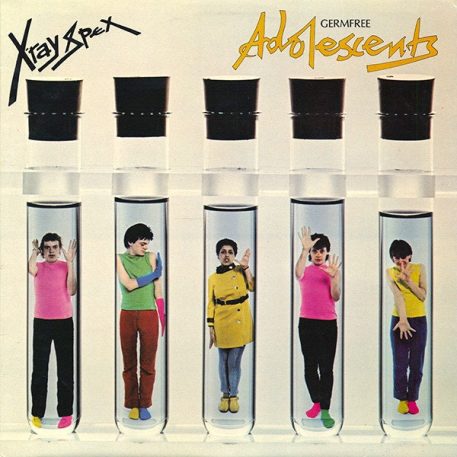 Due to this, it was time for a portrait of Poly Styrene. For those who don’t know, Poly Styrene is best known as the lead vocalist for the seminal British Punk band X-Ray Spex. X-Ray Spex’s album Germ Free Adolescence is considered a Punk classic.

Born to a Scottish-Irish mother and Somali-born father, Poly was born Marianne Joan Elliott-Said in 1957 England. Her mother raised her as a single parent. After trying her hand in Ska and Reggae, Poly was inspired to form a band after catching The Sex Pistols in concert. That band was X-Ray Spex.

Poly Styrene sitting among other female vocalists from her time, such as Siouxsie Sioux, Deborah Harry, Chrissie Hynde, Pauline Black and Viv Albertine (from The Slits) 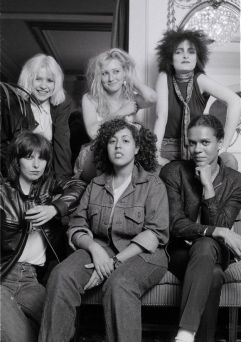 Poly Styrene sitting among other female vocalists from her time, such as Siouxsie Sioux, Deborah Harry, Chrissie Hynde, Pauline Black and Viv Albertine (from The Slits)

After performing at a gig in 1978, Poly started getting visions. Her mother, alarmed about Poly’s hallucinations, took her to the hospital. There, the singer was misdiagnosed with schizophrenia, and taken out of the public eye. Thirteen years later in 1991, she was diagnosed with bipolar disorder. In 1983, she converted into the Hare Krishna faith.

Around 1980 she embarked on a solo career. Poly Styrene released a few albums over the past few decades. Her last album, Generation Indigo was produced by Martin Glover, best known as Youth from the band Killing Joke. Generation Indigo was released on April 24, 2011, a day before Poly’s passing. The cause of death was  metastatic breast cancer.

In 2017, her daughter started a crowd funding online for the documentary Poly Styrene: I Am A Cliché. Two years later in 2019, a biography titled Dayglo! was published. The documentary is expected to be finished in 2020, unless Covid19 gets in the way.

Without further ado, here’s a portrait of Poly Styrene, in one of her famous stage outfits. After doing the illustration, I read that Poly later complained about the ensemble. While I could understand why she wasn’t fond of the gear, like many others, I beg to differ. If anything, it would be considered highly couture today.  The illustration was done in pen, ink and watercolor. Another little bit of irony. After just finishing the piece, I discovered Poly Styrene’s birthday was only a few days away, on July 3rd.