In a previous post, I talked about the passing of Genesis Breyer P-Orridge. Gen passed away almost a month after S/He celebrated h/er 70th Lesser Feast, aka birthday.

I first heard about Psychic TV way back during high school. This was during the ’80s. It was nearly the height of my Siouxsie wannabe phaze, which actually last a few years. (During high school, I was a Siouxsie clone.) By this point I was hopping around all the import record shops down in NYC’s Greenwich Village area. I remember all of the Temple Record releases. I believe this might’ve been the era where Psychic TV tried to release 23 albums, on the 23rd day for 23 months. Already the PTV brand caught my eye. 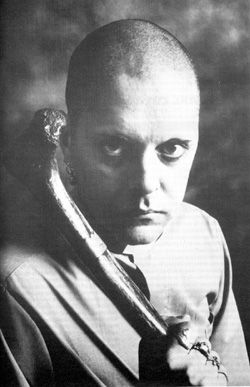 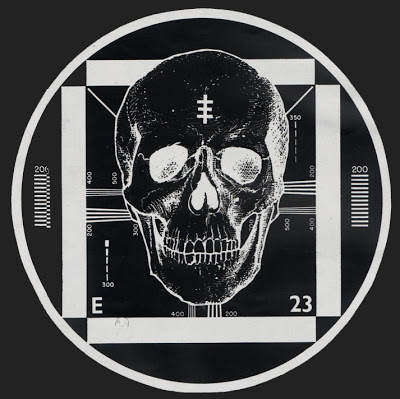 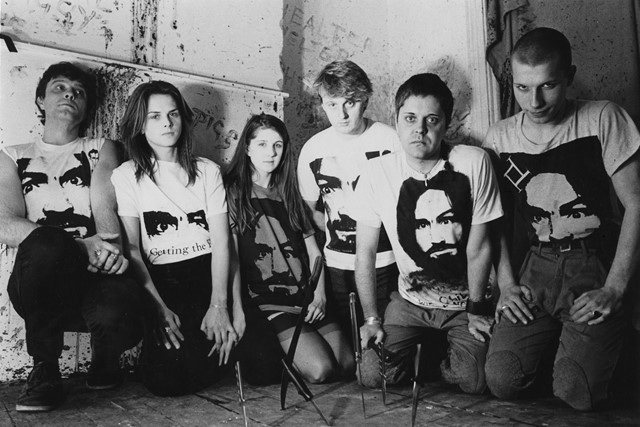 One day, a friend told me a mutual friend of ours took her to see Psychic TV over at The (old) Ritz, which is where Webster Hall now stands. Her assessment wasn’t much. She called them ‘pretentious.’ Looking back, her attention span probably was due to the lack of the ‘cute’ guy factor. Despite her negative review, this only peaked my interest more. My disregard for her scoffing was proven correct. This ‘friend’ later went from being Goth to chasing after all those tacky hair metal glam bands of the late ’80s. Don’t ever trust a Guns n Roses fan. 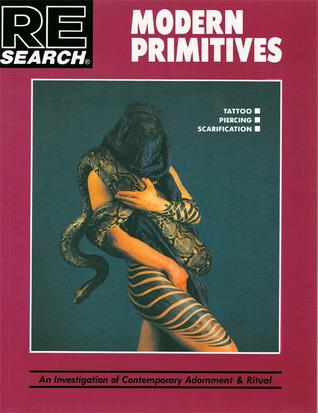 The turning point was a purchase of the seminal RE/Search book Modern Primitives. Before tattoos, piercings and body modification were accepted in the mainstream, the underground movement was documented by V.Vale. After purchasing the book from See/Hear, I discovered a new world. Among those interviewed were Genesis P-Orridge and his first wife, formerly known as Paula P-Orridge. It wasn’t just tattoos they discussed. Through this book, I discovered many other worlds. I believe this was one of the first times I heard about Alister Crowley and William S. Burroughs. After reading about the frequency of the number 23, I started seeing 23s everywhere. Maybe it was my subconsciousness bringing it on. Later I discovered The 23 Current. It was my introduction to the esoteric, or occulture.

After barely graduating high school, I started collecting Psychic TV albums. Similarly I learned about the Thee Temple Ov Psychick Youth. I sent away for information. The instructions received wasn’t something I was prepared for – although I kept that manual for many years. (Might even still own it)

Finally had a chance to see Psychic TV live in NYC, year 1991. This was during their ‘Acid House’ era. To this day it still remains one of the best concerts I saw in my life. Why I say this. Looking back on the concert, it wasn’t the performance, but the vibe, the energy. It’s only now I realize that concert might’ve altered my life. My perceptions slowly started to change. Still, it wasn’t until many years later when I decided to act upon my influences. 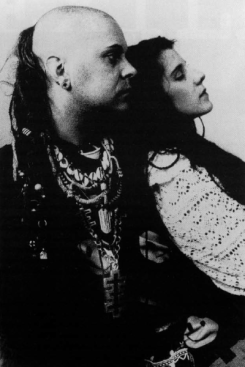 As the ’90s went on, my life switched directions. Psychic TV wasn’t on my radar so much. Occasionally I brought scattered PTV releases, such as a (now) rare spoken word CD which was later *stolen* (a-hem).  In the meantime, Gen, Paula and their two daughters had to go into exile. After settling in California, Gen and Paula divorced.

Didn’t get into Psychic TV again until maybe around the early 2000s. By then, Gen had moved to NYC, met Lady Jaye, and a new chapter developed. It was known as the ‘Pandrogeny Project.’

In summer 2007, I saw Psychic TV live for the second time. The concert was at The Bowery Ballroom. I had just arrived back from Kansas City to NYC. It was the end of a chapter in my own personal life. During this gig, Lady Jaye was in the background playing the tambourine, as the latest incarnation of Psychic TV, now known as PTV3, embraced a more guitar psychedelic vibe. Video montages of the Pandrogeny couple flickered on stage as the band performed.

NEW YORK STORY (2007) originally made as a video projection to be projected behind the band Psychic TV during their live performances. Breyer P-Orridge, also known as Genesis P-Orridge and (recently deceased) life partner Lady Jaye, have garnered attention in recent years by undergoing medical procedures to eliminate their physical differences. “One of the central themes of our work is the malleability of physical and behavioral identity,” they explain, giving rise to their merged identity. The two intended to create a new gender, the “pandrogyne” called Breyer P-Orridge. This video takes Breyer P-Orridges exploration of the fictional self one step further. A video about identity and trans/formation that blurs the line between fantasy and reality. A video by Nicolas Jenkins

Unfortunately Lady Jaye dropped her body that same year. I managed to catch this incarnation of PTV3, just in time. 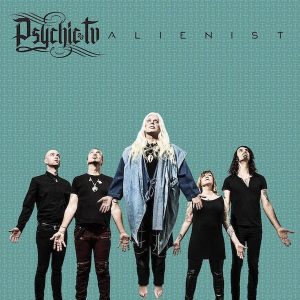 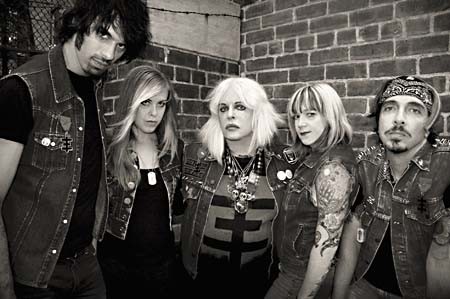 After Lady Jaye’s death, Genesis Breyer P-Orridge continued with Psychic TV. I saw Gen’s spoken word performances numerous times during this period. (One spoken word project was known as Thee Majesty.) Once was when Gen was on the same bill as (early) Cold Cave and Boyd Rice. It was commemorating the anniversary of the Manson murders. The last spoken word GPO performance I saw was in 2015. S/He opened up for Japanese noise musician Merzbow. Gen’s whole set was really about Lady Jaye, eight years after her death. It was the saddest I’ve seen Gen. Afterwards, Gen walked on stage in the middle Merzbow’s set, no reason given. S/He stood there for a few minutes, then walked off. That was it. The concert version of “photo bombing.” My words the next day: ‘Gen is not a well woman.’

In 2016, Gen had an extensive exhibit at the Rubin Museum, Try To Altar Everything.

Winter 2019. I decided to see Cold Cave in concert again, partly because Psychic TV was booked to be the opening act. This was never meant to be. At this point, Gen was diagnosed with leukemia. The night of the concert, Genesis was much too ill to perform. PTV had no choice but cancel their set last minute.

That’s when I knew Gen didn’t have too long to live.

Luckily, Gen found a new love, who supported not only Gen emotionally, but was comfortable living with Lady Jaye’s memory.

Now it’s 2020, a year of chaos and uncertainly. While COVID-19 was just starting to be acknowledged as a serious threat, news broke about Gen’s passing. Just happen to be cruising through Instagram, when I stumbled upon a post by Cold Cave. Genesis Breyer P-Orridge went on to H/She’s Greater Feast on  Gen’s death was expected, but it still left a void. Despite all the controversies, (people have told me over the years how S/he screwed many people over), Gen still broke boundaries, influencing many worldwide. It’s this blog post that I acknowledge the crucial influence GPO had upon me.

Here’s an illustration I did the other night. It’s Genesis P-Orridge from s/he early PTV days. Around the time Thee Temple of Psychick Youth was formed. 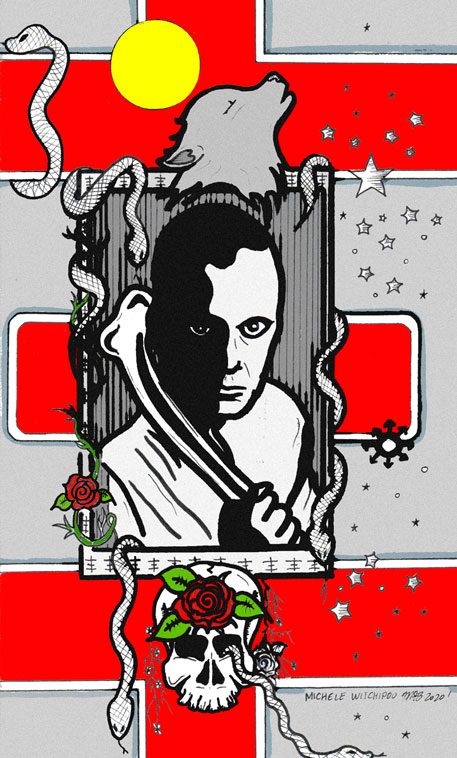 The next and final GPO post will focus on COUM Transmissions and mainly, Throbbing Gristle. Stay tuned.