Tomorrow I have a very special guest. I will be interviewing respected comic book artist, editor, art marketing, and creator Jamal Igle. Having been in the comic book business for 27 years, he’s done for many titles such as Supergirl and Firestorm. He’s also the creator behind Molly Danger, the co-creator behind Venture and artist behind Black from Black Mask Studios. If you don’t believe me, check out his Wikipedia. 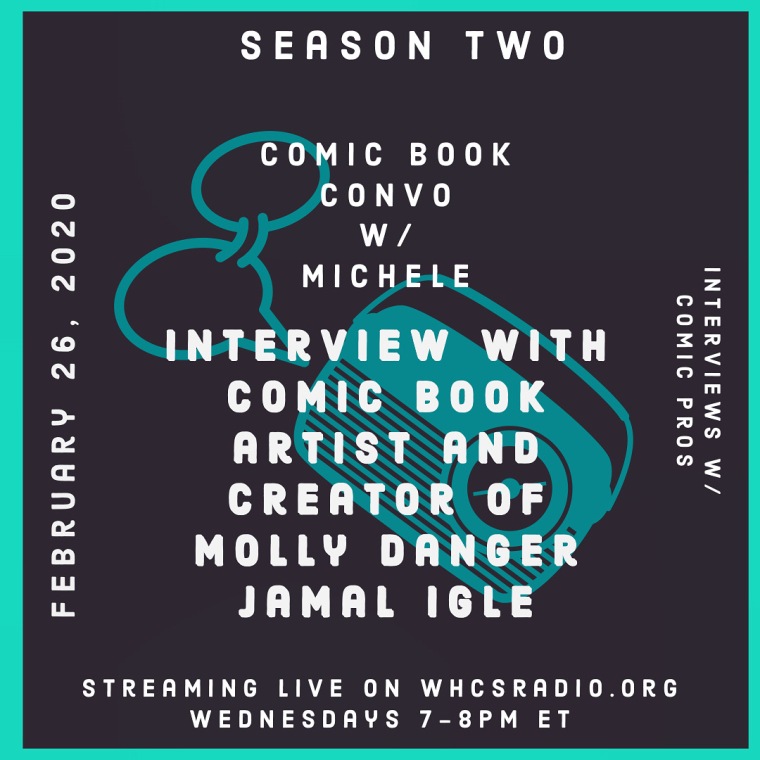 You can listen to the show as it streams live on WHCSradio.org, also can be heard from Spotify. The show itself runs from 7-8pm ET (More like 7:05pm). It’ll be archived later, just like what I did with Season One, (now available on Google Podcasts, Breaker, Spotify, and AnchorFM, but be the first on your block to tune in. When it streams live tomorrow.