This week’s Psycho Bunny sketch of the week is based on the horror classic Frankenstein, originally created by English author Mary Shelley, and later became iconic thanks to Boris Karloff’s performance in 1931. Although it should be noted that the very first Frankenstein film was released in 1910. 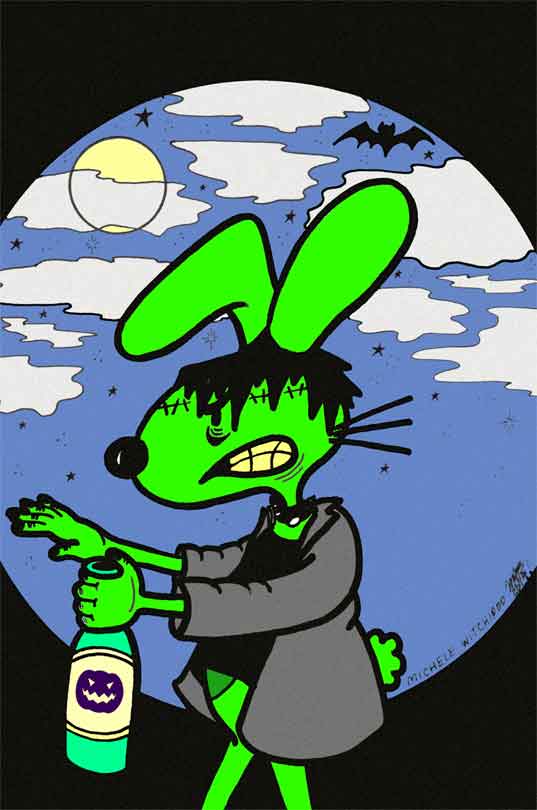 Frankenpsychobunny! Based on the comic written and drawn by Michele Witchipoo, on WitchesBrewPress. Oct. 2019.

It’s been extremely busy on my end. Hopefully I will find the time to post more work on my blog, including my Inktober 2019 sketches.

Want to buy some of my designs? There’s RedBubble: Witchipoo

I’m also experimenting with a radio show, streamed live on WHCSradio.org. New show every Friday, from 1-2pm ET. Broadcast until further notice. I have recorded interviews from MICE 2019. Stay tuned.

← Another Use for Pumpkins – Psycho Bunny Sketch of The Week!
Inktober 2019 – Ghost →