There’s been so much global strife lately. The U.S. isn’t faring any better. In the mist of all the upheaval, we learned that a certain cat named Tardar Sauce recently passed away. Better known to everyone as “Grumpy Cat“, the cat was only seven years old. 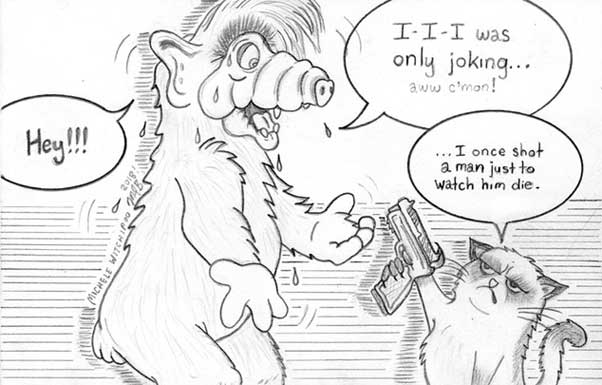 Around 2011 or 2012, the internet started exploding with celebrity animals, particularly cats. From the humble beginnings of memes posted on site like Reddit, the LOLcat phenomenon grew. The original Holy Trinity of internet cats were Colonial Meow, Grumpy Cat, and Lil Bub. Now only Lil Bub remains.

I met Tardar Sauce back in summer 2014. It was a book signing at Barnes & Noble, the Union Square location in Manhattan, NYC. There was an opportunity to meet this infamous Grumpy Cat, in town to promote her latest book “The Grumpy Guide to Life: Observations from Grumpy Cat.”

When I arrived at the bookstore to secure my position on line, there was a mother and son team. The duo were the first fans in line, wearing matching Grumpy Cat shirts. A few elder crazy cat ladies showed up. As the crowd developed, Grumpy’s fan base were from all backgrounds and ages. Despite her disgruntled disposition, Tardar Sauce made a national impact.

The strangest part was not the press, nor the hype. When Grumpy Cat arrived to the signing, half the crowd started screaming as if it was Beatlemania. 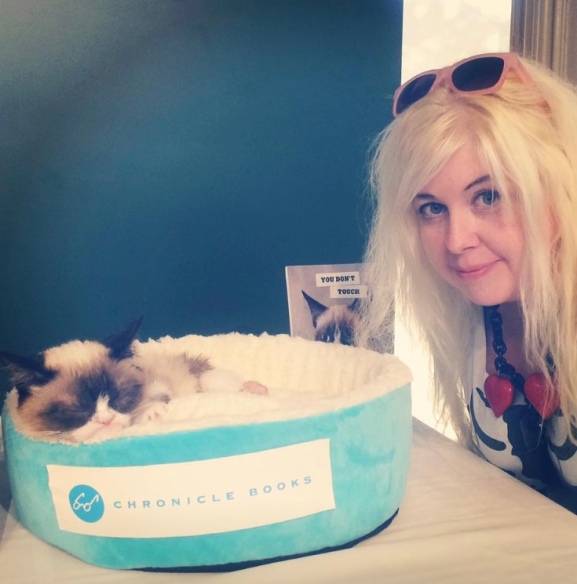 Grumpy branched out into mass merchandising. Besides books, there was beverages, clothing, calendars, even a comic. At the time of her death, Grumpy had stamped her well marketed paw on perfume and Sketcher footwear.

← Reminder: The Temptation of Squeaky On Sale Now
She Hates The Afterlife; Psycho Bunny Sketch of The Week 5/21/2019 →