All you geek rejoice! This upcoming Saturday, May 4th means two things. We not only have the annual Free Comic Book Day, but also Star Wars Day.

Although technically the very first Star Wars installment premiered on May 25th, 1977, it hasn’t stopped dedicated Star Wars fans to choose May 4th as its commemorative day. “May the fourth be with you” as it is told.

As of this blog post, Ben and me were discussing actor Peter Mayhew. He’s the British 7 feet tall three inches actor who portrayed Chewbacca, one of the most beloved characters in the Star Wars universe. His family broke the news via Twitter about Mayhew’s recent passing.

Chatting about the world’s most famous Wookie, I relayed my own Chewbacca story. It’s both amusing, yet sad with a slight sprinkle of Hollywood Babylon.

It was the year 2007. The setting was at the second annual New York Comic Con. I was walking around the Javitis Center with another friend, Mario. We found ourselves upstairs in the autograph section. Our purpose was to locate the three top winners of the SyFy Channel program “Who Wants To Be A Superhero.” As someone who usually despises reality shows, “Superhero” was one of the rare exceptions. So as Mario and me sought out Major Victory, Fat Momma and Feedback, we glanced over at the other celebrities. There was actress Hayden Panettiere from the then-popular show Heroes. Her signing price was, at the time, $100. That was considered a lot for autographs back then. Since 2007, pop culture autographs have become more lucrative. Charging $100 and up is now standard for actors like Mark Hamill, David Tennant, Matt Smith and Jason Momoa. Anyhow, before all the A-list actors jumped onto the John Handcock racket, autograph signings were formerly reserved for washed-up celebrities. 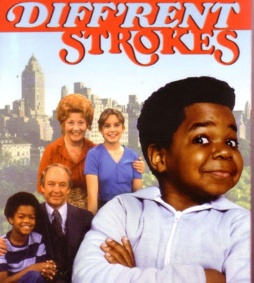 This is where Gary Coleman comes in.

If you grew up during the late ’70s and early ’80s, then surely you must remember the American TV sitcom “Different Strokes.” Gary Coleman was the breakout star. Unfortunately, once the network canceled the comedy, Coleman’s career was never the same. When Coleman’s star fell, it fell pretty bad. The actor tried everything. I even remember Coleman pretty much grasping for straws when he tried to become a rapper. It was a very short-lived venture. My accidental discovery happened during my late teens. Having yet another insomniac moment. Couldn’t sleep, so I turned on the television. Since I lived in the NYC outer borough of Queens, we were stuck without cable. No MTV, no HBO, no nothing. Which meant there was nothing to watch but filler. Local station programming consisted of forgotten ’60s syndicated shows, Time/Life info-commercials, ads for the Jessica Hahn party line, and rejected talk shows. The latter is where Gary Coleman wound up with his rap act.

Below are two videos to prove I’m not making this up:

(Below is an example what I had, living in Queens, NYC late ’80s/early ’90s. Late night TV. Sans cable. We got stuck with this bullshit.)

It got worse as time went on. Turns out Gary Coleman was broke because his own foster parents and former manager stole most of his money. Despite a judge ruling in Coleman’s favor later on, the only work he could secure was as a security guard. His fate seemed to be resigned to supermarket tabloid articles along with the occasional self-deprecating appearances. His health problems didn’t fare any better. Coleman suffered from congenital kidney disease causing nephritis (an autoimmune destruction of the kidney). This stunted his growth from an early age. Up until his death he required daily dialysis. This was additionally compounded by his anger management problems.

So back to 2007. We’re at the second annual New York Comic Con. Mario quickly turns to me, stammering “Ohmigod, don’t turn around!”

After we both snicker, I look over Mario’s shoulder. Sure enough, there was Gary Coleman, sitting in a booth. He was hawking autographs. The actor was trying to put on a friendly face, but nobody was lining up for his signature.

Suddenly commotion ensues. A whole crowd of rabid Star Wars cosplayers and fans rush past us. It wasn’t a stampede, yet as they sped, we swore we felt out hair blow back. Our spot was soon crowded with these fanatics, overcome with glee. They surround a very tall man as if he was a demigod.

“Who’s that?” Mario asked someone.

“That’s the guy who played Chewbacca” was the response.

Various Stormtroopers practically dance around this man as if they were Ewoks from Return of The Jedi. More people approach this impromptu homecoming. It casts a dark shadow upon Gary Coleman’s booth. In their rejoicing, the Star Wars fans inadvertently eclipse Coleman. It was as if Coleman didn’t even exist. This was a comic book convention after all. Upstaging wasn’t Peter Mayhew’s intention. This didn’t matter to Coleman. The man of 4ft and 8 inches looked visibility upset. Mario and I silently watched as Coleman chomp down on his hot dog, garnished with a painful mixture of anger and sadness.

Mario shares his observation: “Wow. He bit into that hot dog with such bitterness…”

After watching the Star Wars fans worship the original Chewbacca for another few minutes, we walked off to find the winners of “Who Wants To Be A Superhero.” Left behind was the clashing juxtaposition of Chewbacca and Arnold Jackson. Ironically, those two characters were symbols of my ’70s childhood.

We all know about what became of the Star Wars franchise after 2007. In fact, I saw Last Jedi twice during its theatrical release. Last Jedi has become my personal favorite next to the original trilogy. Rouge One was also fantastic. Just recently I caught Han Solo on Netflix. Star Wars has outgrown and will outlive George Lucas. Regardless of how Disney currently handles the Star Wars property, it’s become part of the American storytelling mythos. It’s just like the retelling of ancient folktales from various cultures, such as Norse, Celtic, Greek, Egyptian, Japanese, Indian, English, African, Buddhist, Jewish, Islamic, Christian, Pre-Christian/Pagan, etc. Only substitute them with various stories from the Star Wars universe, along with classic Marvel and DC characters.

After NYCC 2007, I heard another personal Gary Coleman antidote. It from my other friend Bejay. So I mention seeing Coleman at the comic con. Bejay tells me that he met the actor once. It was during Bejay’s time as a party promoter. Gary Coleman complimented Bejay on his Club Kid platforms. Unlike Mario, Bejay expressed more compassion for Coleman: “I felt sorry for him…”  Gary Coleman passed away in 2010. On April 30th 2019, Peter Mayhew, aka, the original Chewbacca also passes away. He was 74.

Me: “…so that’s my Chewbacca story. It’s both funny and sad…”

Ben, as he refers to Gary Coleman while having a horrified expression upon his face: “…That’s kinda depressing!”

May the fourth be with you.

Chewbacca. Drawn with a portable Pentel ink brush, other with other art pens. Michele Witchipoo. May 2019.

4 comments for “The Long And Short of It…Chewbacca Recollections, NYCC 2007.”