A few weeks ago, I finally had the chance to check out the Hilma af Klint exhibit at the Guggenheim Museum. This was also my first time ever visiting the Solomon R. Guggenheim Museum, famously known for being designed by architect, artist and educator Frank Lloyd Wright.

It was a subway ad that caught my eye. Such an curiosity hasn’t happened since discovering Salvador Dali in my adolescence, and later Hieronymus Bosch in my late teens. Since I’m talking about artists, might as well throw William Blake, Austin Osman Spare, Brion Gysin and Marjorie Cameron into the mix.

During my teens after school, there was a chance sighting of Andy Warhol walking around the east 50’s area of Manhattan. He was wearing an extremely costly leather jacket, while carrying a shopping bag from some boutique. A few months later, Warhol passed away.

Back to Klint. I picked early Saturday evening as the day to attend. Particularly due to Saturdays being “pay-what-you-wish” admission at the Guggenheim. Especially when rent is too damn high in NYC.

Circling around the spiral building, the attendee saw the evolution of Klint‘s work. Her early interests dealt with mathematics and botany. Klint became a respected artist. After graduating art school, she became know for doing portraiture and landscapes. The abstract compositions developed after 1880. After her sister’s death, she got involved with Spiritism. This coincided with the growing movement of Madame Blavatsky’s Theosophy and her enthusiasm regarding Christian Rosenkreuz. Along the way, Klint met Rudolf Steiner. With Anna Cassel, she joined a group of female artists called ‘The Five.’ The Five (de Fem) conducted paranormal and spiritistic séances.

Enough talk. Here’s photos of the exhibit. The paintings, notebooks, sketches and such contain much symbolism. The exhibit itself ended April 23rd, 2019. 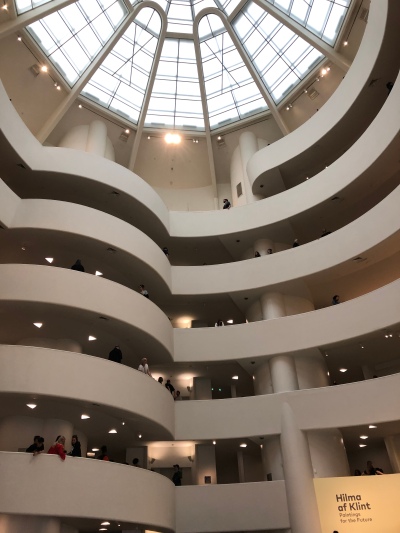 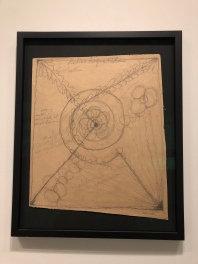 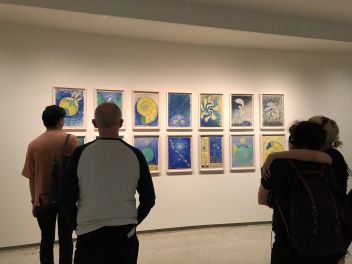 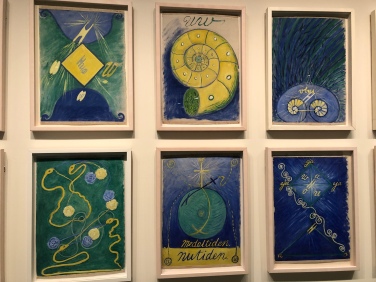 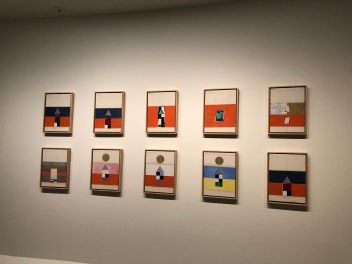 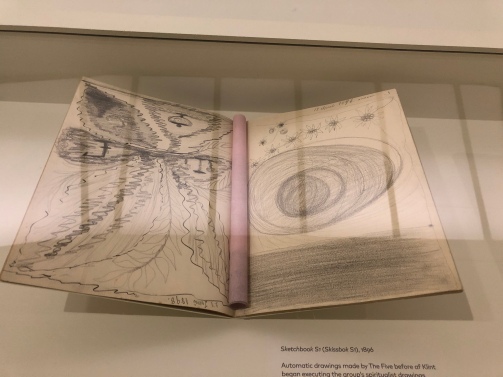 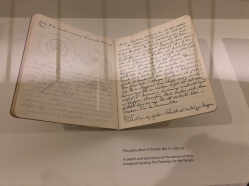 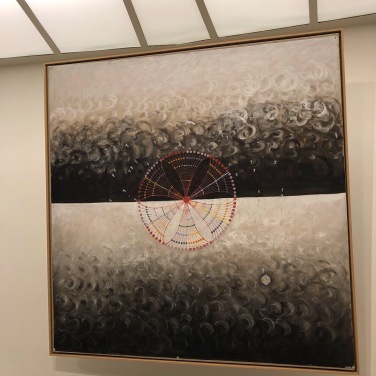 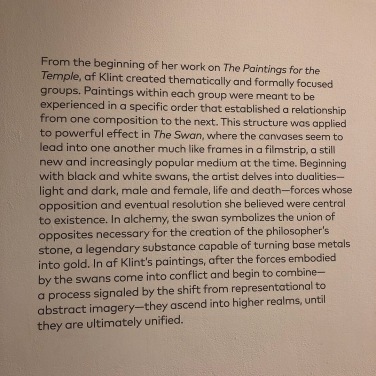 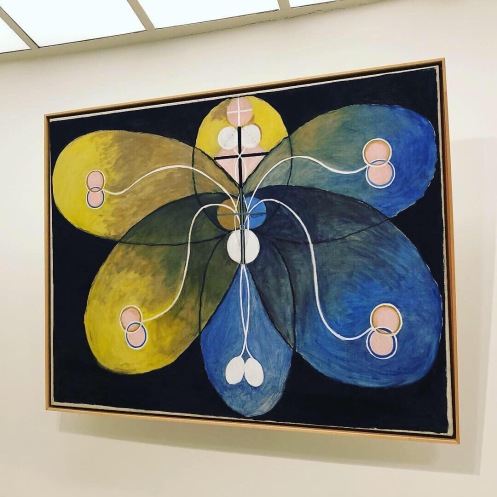 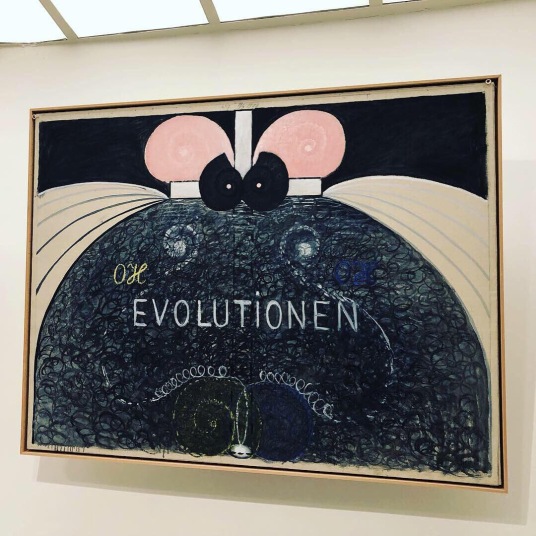 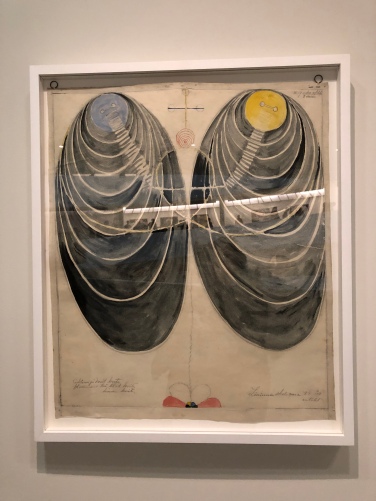 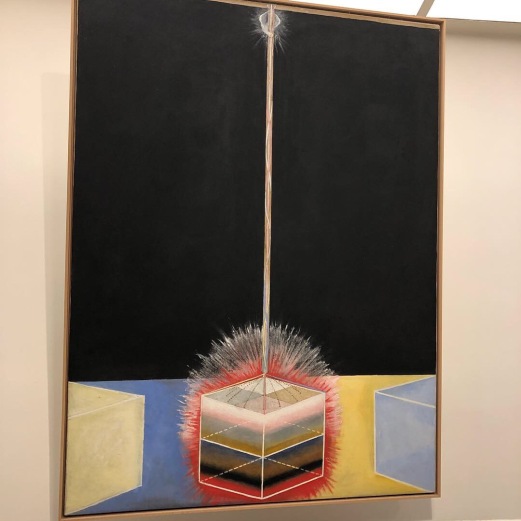 In between checking out Klint’s art, there was also another exhibit featuring Robert Mapplethrope. Took a quick peek through that section. However, time was limited so I scurried back to the Klint floors. Figured it’ll give me another excuse to drop by the Guggenheim again. 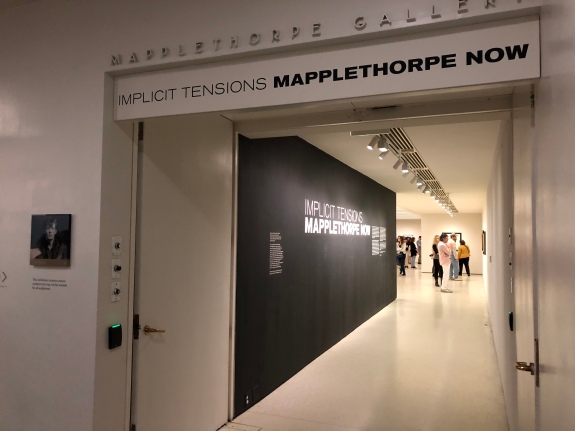 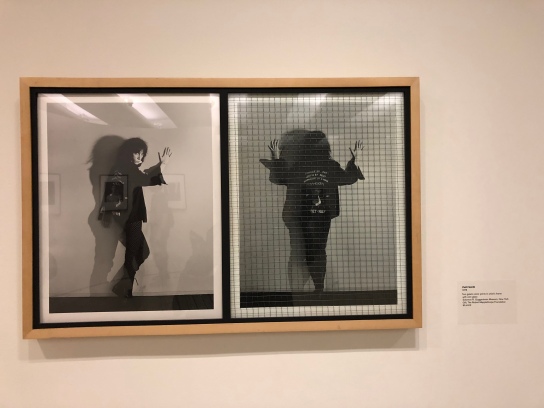 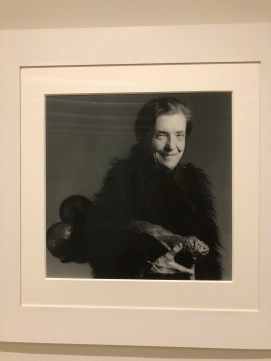 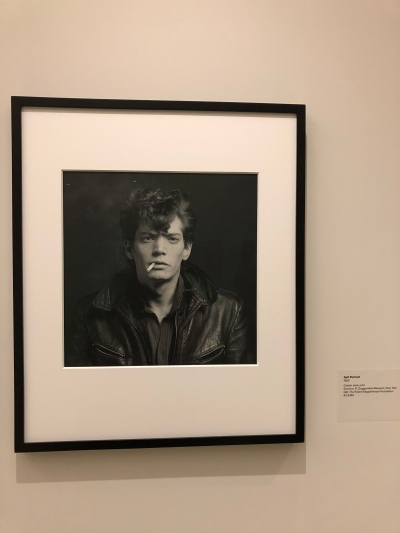 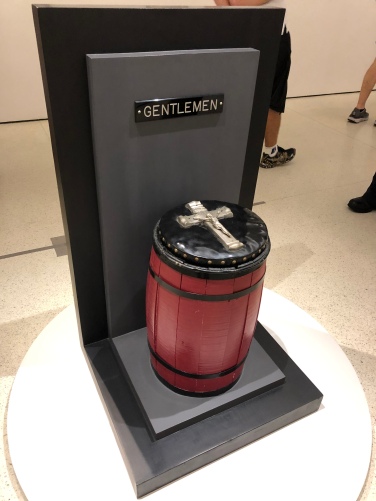 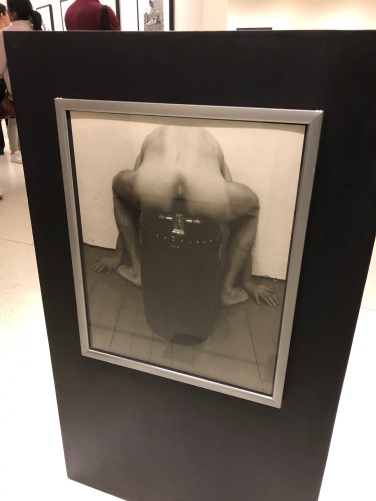 Back to checking out the final sections of Klint. There was also cases of documented work. Even the library had cases of Klint. 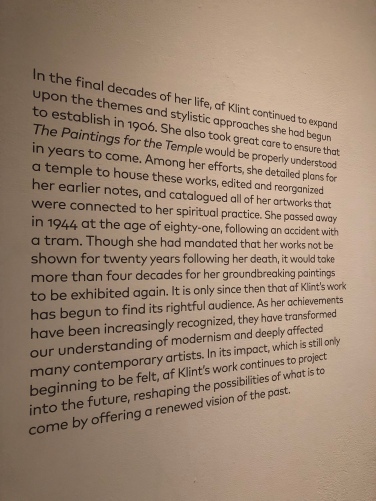 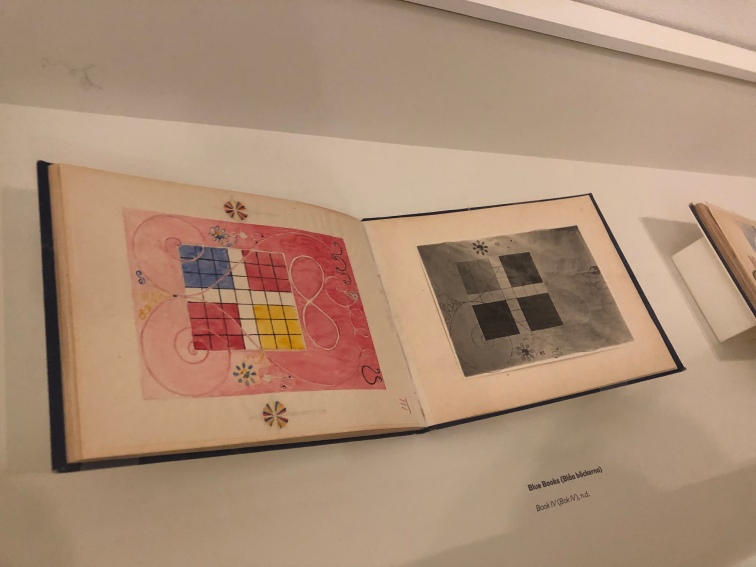 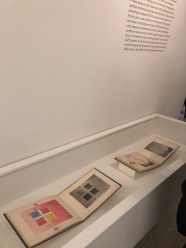 The Hilma af Klint exhibition was the most popular in the museum’s 60 year history.