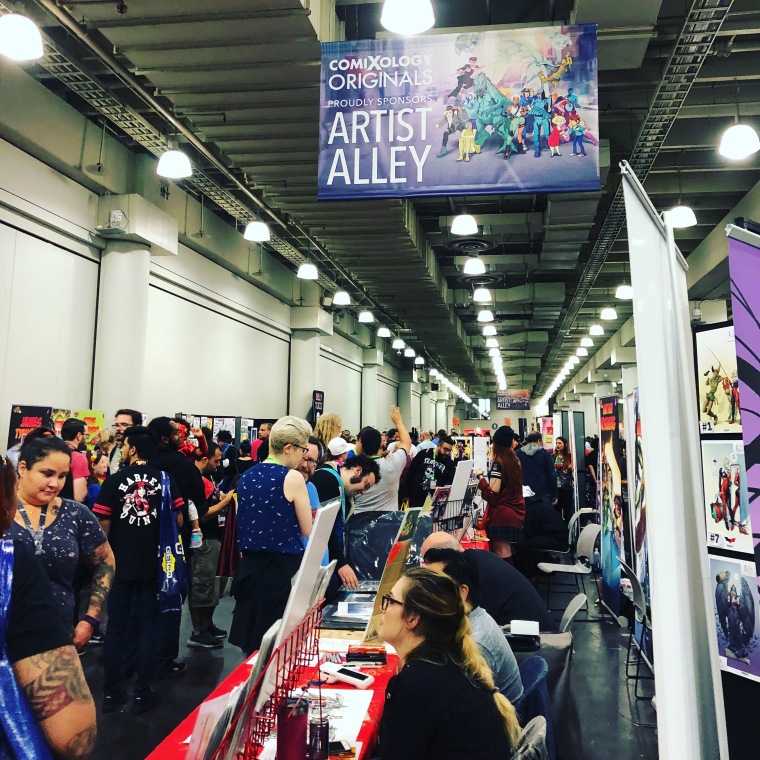 As someone who has been attending New York Comic Con since the very beginning, one of the best things about this event are the panels. Each year the attendance at NYCC grows, attending panels is often a nice relief away from the crowds. It’s also beneficial because one gets to see how various comic book professionals share their experiences about creating, putting together a story, industry advice, etc. 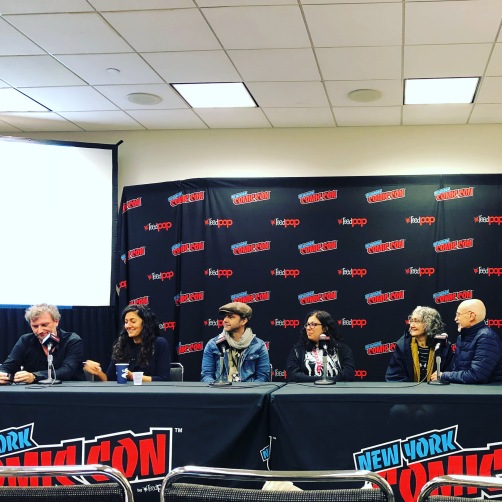 Among some of my personal favorites was attending the international comics panel, moderated by Heidi McDonald. Titled The Beat Presents: The World Comics Invasion, on the panel were artists Ana Miralles (Spain), Mateusz Skutnik (Poland) Emanuala Luppaccino (Italy) and Fabio Moon (Brazil).

Later I got sketches by Mateusz Skutnik and Ana Miralles. They were both respectively promoting their titles “Revolutions:Eclipse” and “In Search of The Unicorn: The Land of The Moors Vol. 1” French-Canadian artist Mikael was also doing sketches, promoting his title “Giant – V1.”

Mateusz Skutnik is also known the the video game industry for creating games. Getting a sketch from him was one of the highlights of my NYCC 2018 experience. 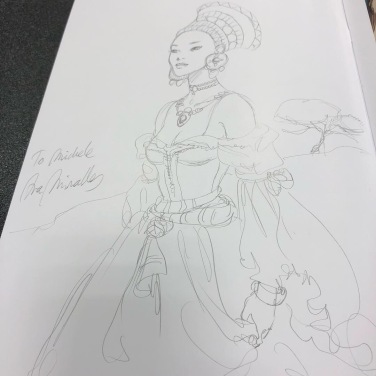 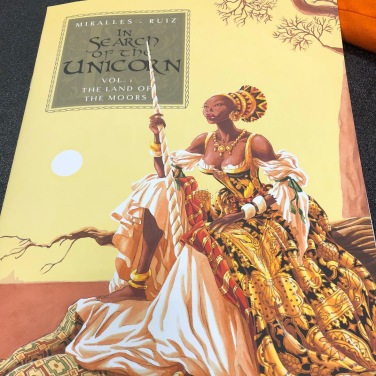 Ana Miralles also did a beautiful pencil sketch. In the U.S., artists have to nickel and dime you so they charge for sketches. Who can blame them, especially in this economy? However, both Miralles and Skutnik offered free sketches. Ana Miralles explained that in Europe, doing sketches for fans is considered a gift. Apparently in Europe an artist might still be able to make a comfortable living compared to American artists. Therefore they are able to honor the fans with free sketches. It gave me the impression that artists are still more respected in Europe than in the United States.