As you geeks know, New York Comic Con happened last month. Let’s just call it NYCC for short. I attend every year, even if my own comic book tastes run more towards alternative than Marvel or DC. I’ll go to do the ‘networking’ thang, check out the current trends, but it’s also become a bit like a mini-vacation. NYCC also reminds me why I got interested in comics, sci-fi and other related genres in the first place.

The first five years of attending NYCC, I got caught up in all the buzz, the excitement, the cosplay, etc. Things shifted a few years ago. Like last year, a lot of time was spent attending panels.

This blog post will focus on NYCC 2018 cosplay. I was surprised on the type of cosplay seen this year. Despite Black Panther being huge at the box office, I didn’t see a lot of Wakanda. There’s this photo:

Was more surprised on witnessing more Harry Potter cosplay. Doctor Who cosplay went down. Bob’s Burger cosplay went up. Star Wars cosplay from any era will always be a staple of any comic book convention. That’s a given. 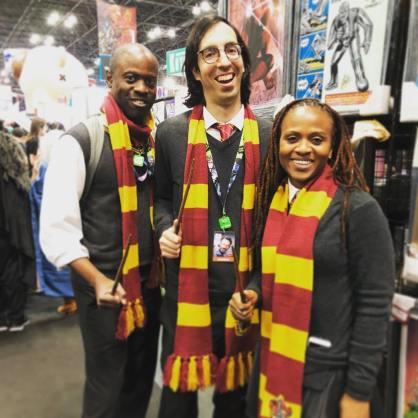 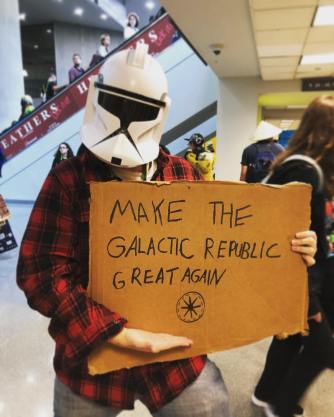 Another reminder about many years I’ve been attending NYCC. In 2008, I saw a man outside the Javits Center play the accordion while wearing a Boba Fett helmet. Exactly ten years later, he was back!

Boba Fett playing the accordion outside 2018 NYC. First saw him back in 2008. Renegade Accordion on FB and IG. Photo by Michele Witchipoo, Oct. 2018. 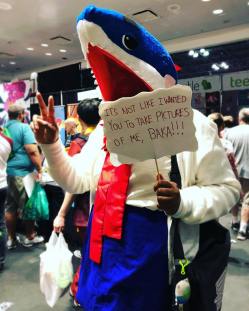 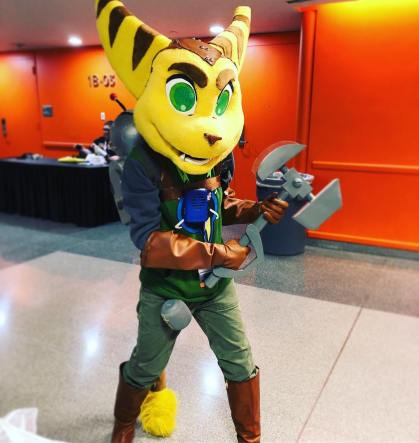 Deadpool cosplay was still going strong, but it was usually in some form of mash-up/crossplay. 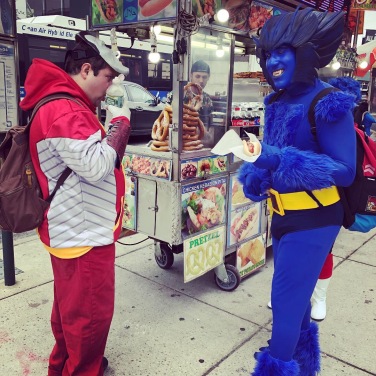 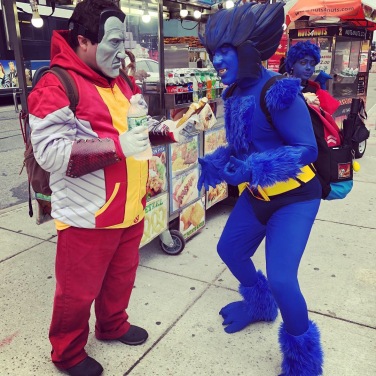 Ending part one of NYCC 2018 is the inescapable photobomb. None other than good old Deadpool himself.

This report on NYCC 2018 will be continued on another blog post. Until then, enjoy some tasty grub from the Bob’s Burgers food trucks outside of Javits Center.