Last month we went to check out the Stanley Kubrick photography exhibit over at the Museum of The City of New York. Stanley Kubrick has always been one of my favorite film directors. Back in high school, I made it a mission to check out every film Kubrick directed. This was way before the days of Netflix. If it wasn’t available on VHS, then I would hit up all the revival movie theaters. You millennials have it so easy nowadays!

Luckily films are now more easily obtainable. If it can’t be found on Blu Ray, DVD or through a streaming service, there always places in NYC. For example, Videology Bar and Cinema over in Williamsburg, Brooklyn.

Anyway, I sought out most of Kubrick’s films. 2001: A Space Odyssey, Lolita, the prophetic Dr. Strangelove, The Shining, Full Metal Jacket, and of course, A Clockwork Orange. Even sat through that yawn fest Barry Lyndon. Although I never managed to catch the earlier films like The Killing or Paths of Glory. Did watch Eyes Wide Shut much later on – despite my disdain for Tom Cruise.

Entrance for the Stanley Kubrick photography exhibit over at the Museum of the City of New York. July 2019. Photo by Michele Witchipoo.

Before Kubrick became an influential film director, he got his start as a photographer for Look Magazine. At the exhibit, open until Oct. 28th, 2018, you can see the gritty yet candid detail that would later show up in Kubrick’s films. Kubrick was just 17 years old when he sold his first photo to Look back in 1945. These photos also show how NYC was from 1946 to 1951. 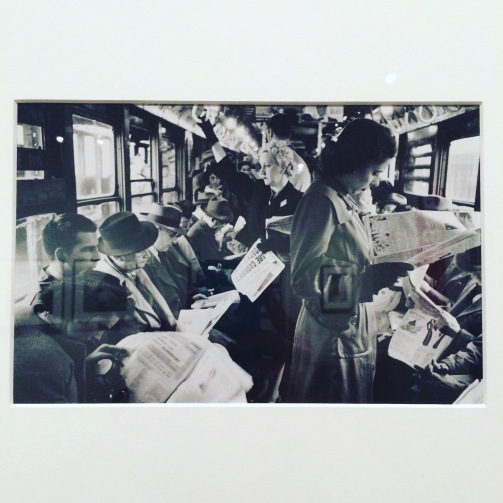 New York City wasn’t just Kubrick’s subject. At the exhibit, a Kubrick photograph of a tattooed and pierced carny was not accepted by the editors of Look. Apparently the photo was thought as ‘too extreme.’ It was decades before the ‘Modern Primitive‘ movement, which led to the current acceptance of body modification. 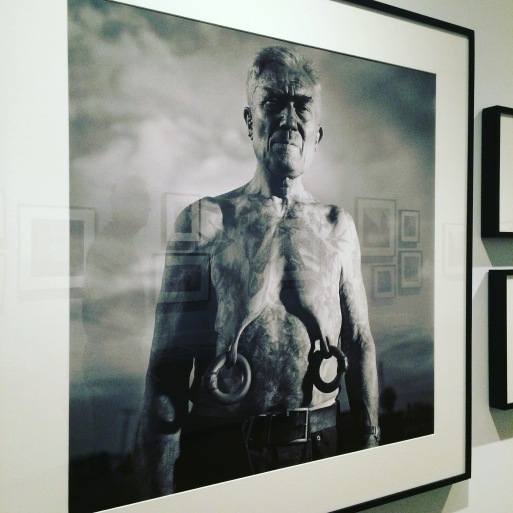 The photo below particularly stood out. It’s of professional boxer Rocky Graziano. Graziano was trying to repair his reputation when Look did a feature on him. Boxing later helped Kubrick make the transition from photography to filmmaking. 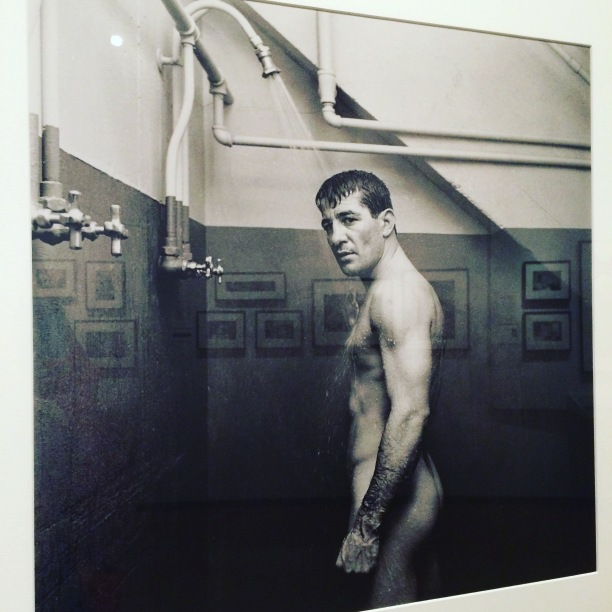 After walking through the Kubrick exhibit we checked out the rest of the museum. Right next to the Kubrick showing was the last day of Rebel Women, which inspired this sketch done back in August. 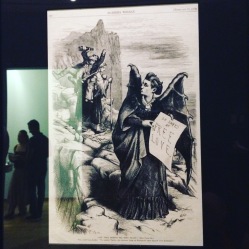 At the other end of the floor was a retrospective of the feminist era. It showed the beginning of the women’s rights movement, ending with one of Hilary Clinton’s infamous pantsuits. 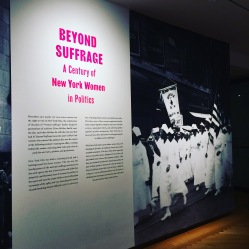 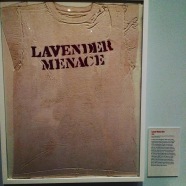 This may or may not be the final version of the cover. It really depends on finding the original typeface of the lettering used for the A Clockwork Orange film poster. For now you have an ideal about what the front cover looks like. Other details forthcoming. If the latest issue is completed in time, it’ll mostly likely debut at Incredicon, taking place in Upstate NY, Oct. 28th. Incredicon is a very small con, but it’s been a while since I’ve tabled at a comic book convention.

My life has been busy as of life. You however, still have time to check out these social media links:

Still haven’t gotten around to posting those commissions on this blog. Maybe this week I’ll get around to doing so. Until then, stay tuned.