Since I haven’t gotten around to the latest Psycho Bunny sketch of the week, instead let’s have a retrospective. Here’s all the past issues of Psycho Bunny, from issue one to the last release in 2011. 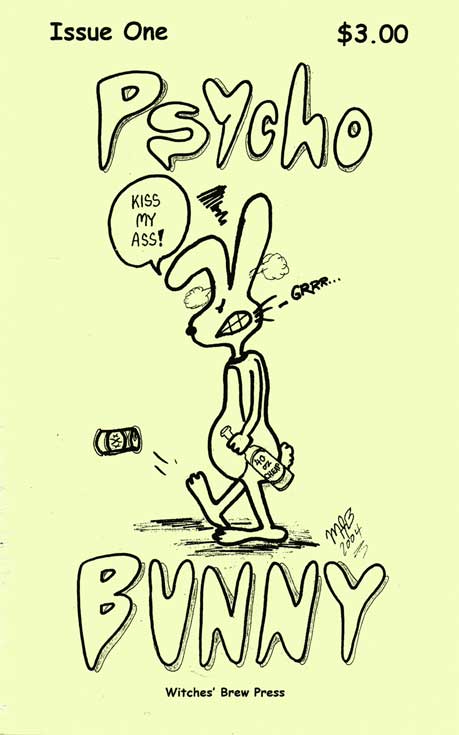 This was the debut issue, released in 2004. My drawing and humor have improved ten fold since this first came out. Regardless, people had more or less a positive response. It sold out at Jim Hanley’s Universe (when it was located near Herald Square), and Forbidden Planet during 2004 and 2005. MySpace was popular during this time, so thanks to self online promotion, I managed to sell copies online. Unfortunately the printing place lost the files, so I’m unable to print anymore of issue one. Just as well. If you have issue one, hold on to it. 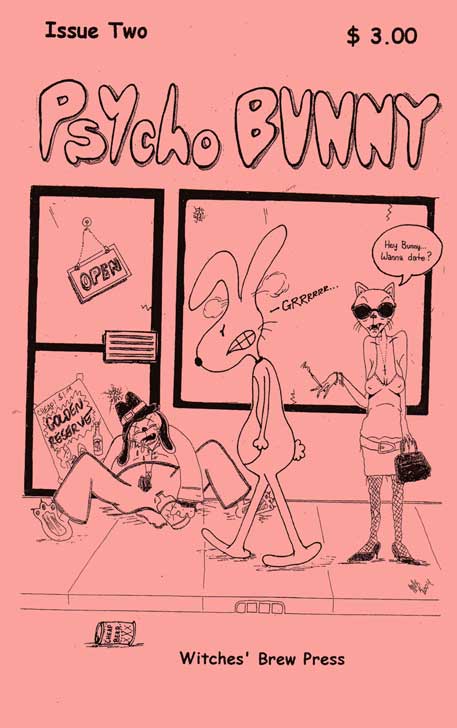 Issue two was released in 2005, making it’s debut when I had a table at Big Apple Comic Con. The cover was influenced as I was walking through Queensboro Plaza on the way to my job. Literally saw a drunken man slouched on the sidewalk after pissing in his pants. The kitty street walker was added in for maximum effect. She was affectionately known as “Crack Kitty.” Charles Bukowski would’ve been proud. 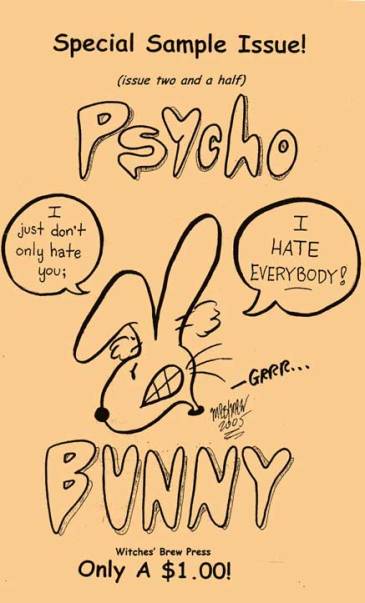 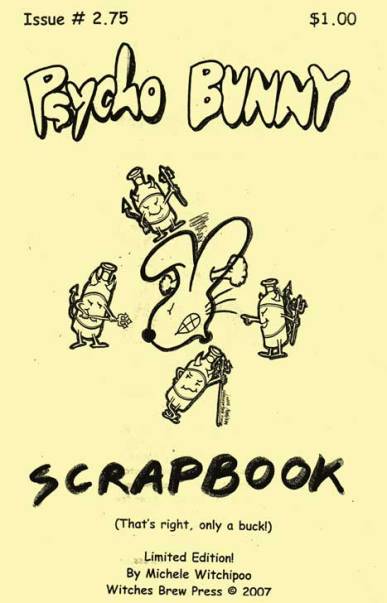 In between issue two and three, I self-published two mini-issues. Both made their debut at MoCCA Art Fest 2006 and 2007. 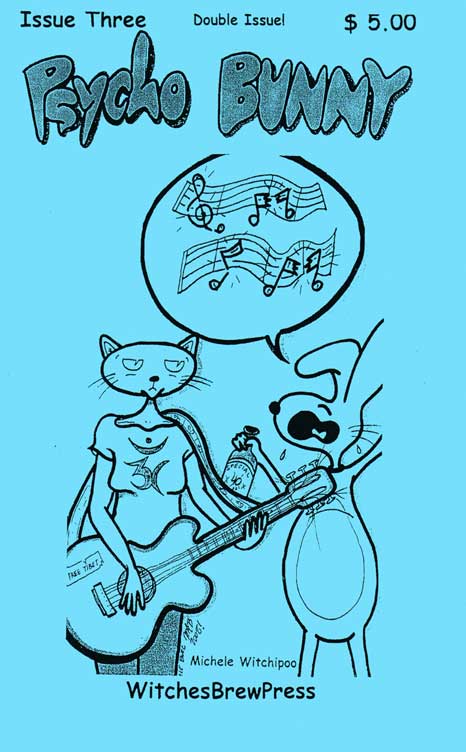 Spring 2008 saw the release of Psycho Bunny issue three, the double issue. Like the previous releases, this one also made it’s debut at MoCCA Art Fest 2008. The year 2008 was also when I became a NYC resident once again. Thankfully. 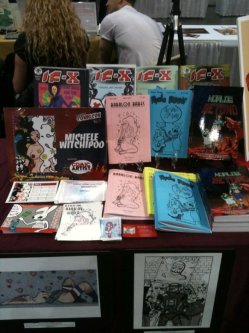 Jammed full of goodies at my table. Artist Alley section at the NYCC 2010. NYC 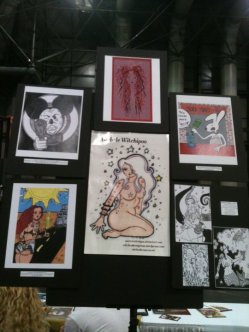 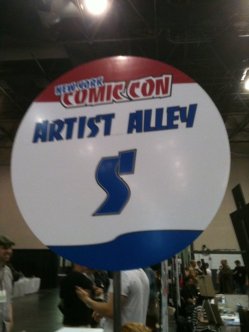 The section my table was located, NYCC 2010.

In 2010, I had a table in Artist Alley at New York Comic Con, otherwise known as NYCC. 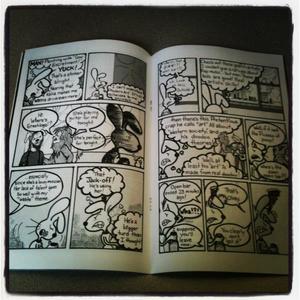 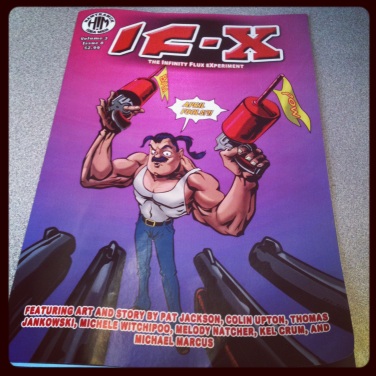 The years 2009 through 2012 were very busy. One reason was a decision to go back to college. In addition I was doing the art for a web comic titled Shitty Mickey, which was published on The Brooklyn Rail website. Along the way there was a short Psycho Bunny story published in the comic book anthology IF-X #8. The April Fool’s edition was published in 2012 by Hamtramck Idea Men. 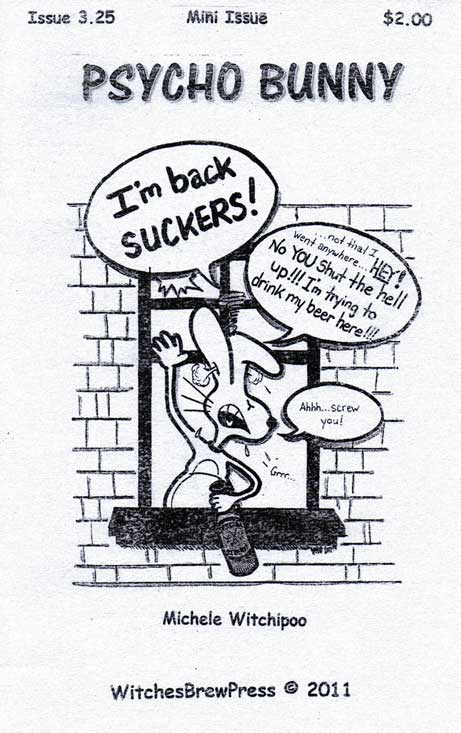 After having some illustrations published along with various exhibits, it was time for another Psycho Bunny issue. The last one was released in 2011, debuting at MoCCA 2011. This one is still available for purchase. You can always order your copy online if I don’t have a table at a local comic convention. 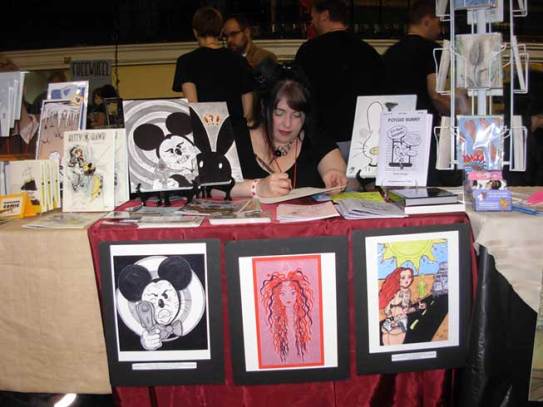 Next post I’ll get back on track, moving forward. Stay tuned for a new Psycho Bunny sketch of the week.