Ten years ago, in addition to self-publishing Psycho Bunny, I did a sketchbook/pinup zine titled Babalon Babes. It was a mixture of occult, esoteric and symbolism mixed in with erotica. At least I was able to give Lon Milo DuQuette a copy of issue four back in 2011.

Issue One was printed in late 2003. Very Thelemic overtones. In fact, the title itself came from Crowley’s interpretation of Babalon. Not so much into the 93 current these days, but that might change. 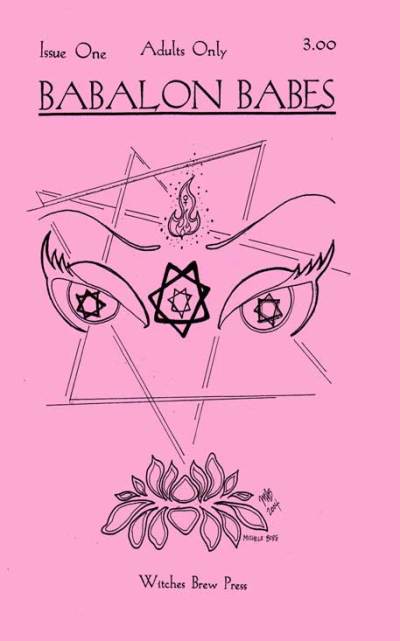 Issue two was released in 2005, which debuted at the Big Apple Comic Con. It continued on the 93 subject, but with more mixture from other spiritual paths. Chaos magick started to creep in. The cover was my first rendition of The Star tarot card.

As much as I liked the cover, not too thrilled about the content inside. Might’ve mentioned the cut-up method in this issue. Don’t think this will be in print again. 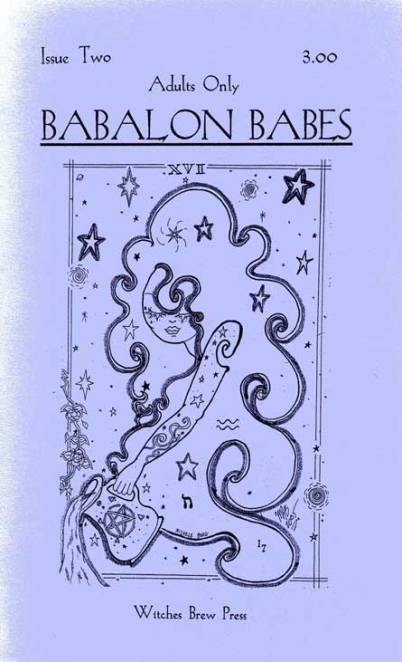 Issue three was released against all odd. The year 2007 was a very rough year due to personal circumstances and adversaries. Despite everything, I managed to make it to MoCCA Art Fest 2007. Even managed to quickly put together The Psycho Bunny Scrapbook.

Issue three had much more content. Definitely more of the Chaos current by this point, which I truly believed might’ve saved my ass during that year. Again, other spiritual paths crept in. Such as my sketch of Freya in her chariot driven by her two cats. Looking back the tone was a bit all over the place. Reflecting on issues two and three now has a sad element. It’s best having these two being out of print.

Issue four had a nice cover though. 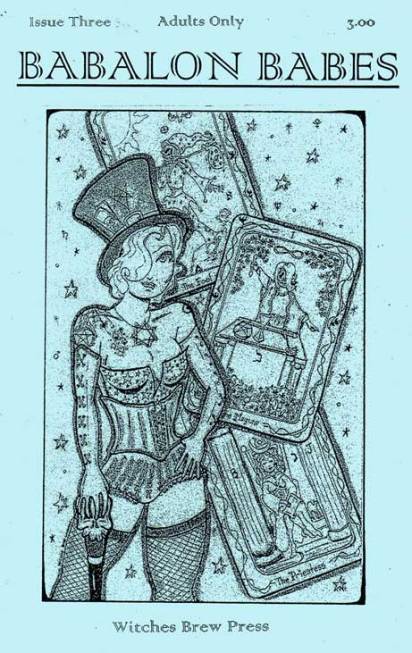 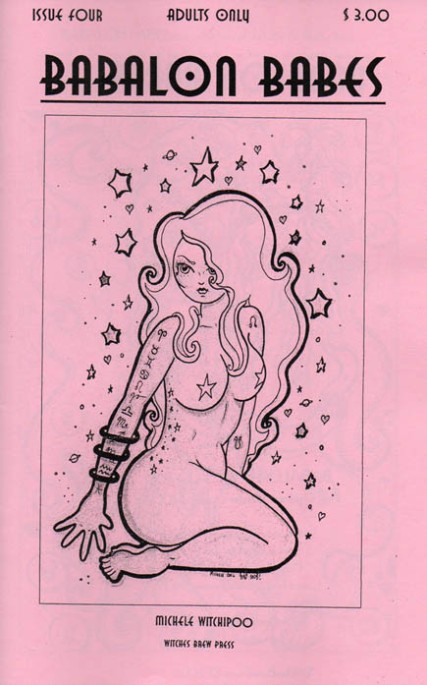 Issue 4 of Babalon Babes, fall 2009. The final issue in the series. It’s theme was Astrology. Zine/sketchbook by Michele Witchipoo on WitchesBrewPress.

After 2009, I stopped doing Babalon Babes completely. In 2010 I went back to college. My focus went towards school, so something had to give. I was working on a webcomic, as well as my own Psycho Bunny character. Psycho Bunny was more accessible, so I continued with that. In 2012 I had a Psycho Bunny story in the monthly comic book anthology IF-X printed by Hamtramck Idea Men. I blogged about other IF-X issues in previous blog posts: IF-X Vol. 2 issue 5, IF-X Vol. 2 issue 9, and a news item back in 2010. (The news article has since disappeared. Should’ve done a screenshot)

The last sketchbook I self-published had nothing to do with Babalon Babes, but a slight offshoot. Pin-Ups was quickly put together in 2015, and debuted at Big Apple Con. The miracle of Adobe InDesign. 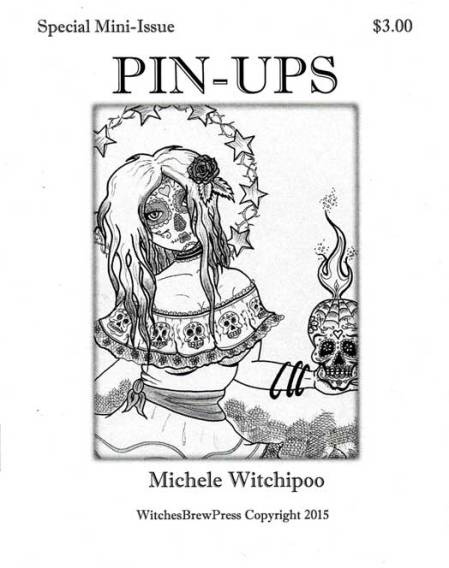 If you want a copy of Babalon Babes issue four or Pin-ups, both titles are available for purchase. It’s four dollars each issue ($3.00 plus $1.00 for S&H). You can send payment through PayPal: Psychobunnycomix@aol.com. Please specify which issue you want. Also available for commissions, email for details, etc.