This was something originally started in late 2016. Halfway through, some events happened that I had to put this on hold. Then in very late 2017, discovered this sketch. Finally finished it in 2018. When Valentine’s Day rolled around this year, I misplaced the original piece. It was supposed to be hand colored with watercolor paint. Despite purchasing my first Wacom in late 2017, I went ahead and digitally colored in a way that a graphic designer professor would cringe.

Anatomical heart artwork has become a tiny bit popular over the past few years. Here’s my take on it. It’s intention was for a flyer advertising a local craft fair. The craft fair and the collective was never meant to be.

The background was influenced by vintage flower patterns. 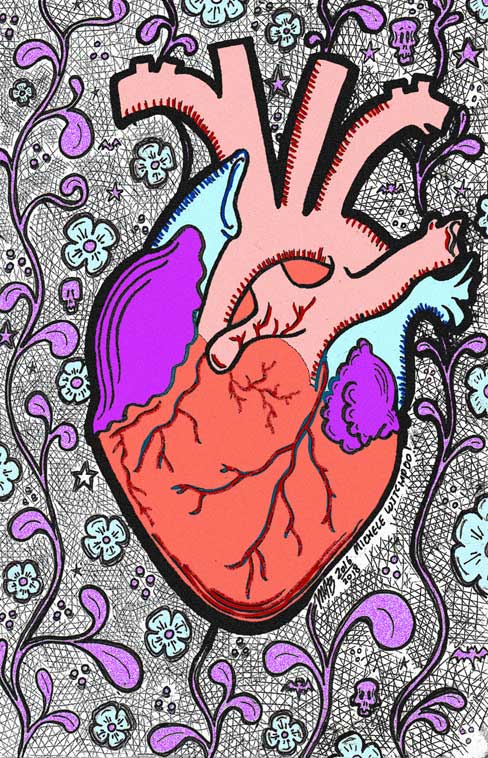