Now that we’re in the last month of summer, Psycho Bunny takes advantage of those last few weeks. That’s not the only thing Psycho Bunny has been taking advantage of. He’s being a jerk as usual.

As for the latest Psycho Bunny pin-up. Usually it’s posted every Monday on Psycho Bunny’s Facebook page. Since I was at the East Hampton Comic Extravaganza this past Sunday, the pic was delayed to later this week.

Without further a doo-doo, here’s the Psycho Bunny Pic of The Week. 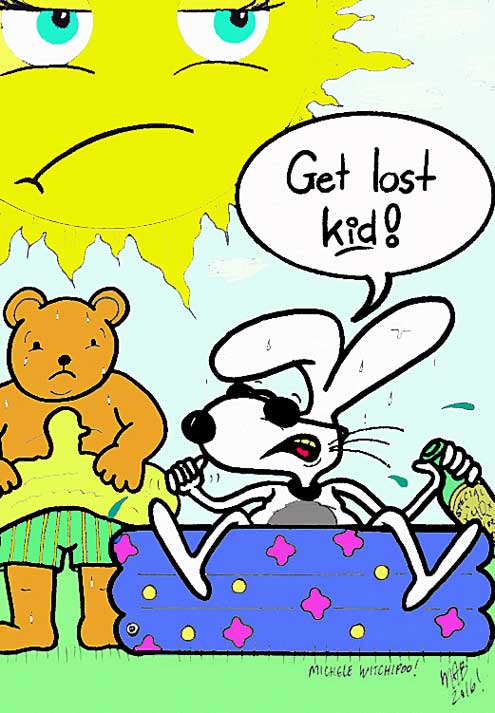 Psycho Bunny being a jerk in the hot days of summer. Based on the comic Psycho Bunny written and drawn by Michele Witchipoo. (self-published on WitchesBrewPress). August 2016.