Another mercury in retrograde is upon us, so once again is another look back.

Back in 2012, I had created these fine art drawings for Bushwick Open Studios. The event itself took place inside a loft, which turned out to be a real mess. Despite this, I was pleased the artwork created for this show. The woman putting the show together suggested that I should do Prometheus. Again, the woman had no ideal what she was doing, but in the end, the result was these pieces. So something good came out of that fiasco. (I ended up doing a much better Bushwick Open Studios last year with the Ridgewood Arts Coalition, at the Vander-Ende Onderdonk House.)

These ink drawings were shown a few more times afterwards during 2012 and 2013. Afterwards they were put in storage. Today, I took them out and had a real good look at them after nearly three years. Oh, and of course, this time around I was ten times more critical of this work now than when originally created. This seems to be a habit with me as of late. Going over some of my older pieces, and fine combing them. Funny, back when I first started, I thought I was doing perfectly fine. Now that the freshman arrogance is gone, I’m thinking what I could have done differently. A lot like life, I suppose. It’s too late for regrets, but it never hurts to look back at past work.

There was eight created in my Prometheus series. Here I’m showing three. The first two seen here are related I combined the Prometheus mythos with sacred geometry. The mediums were ink, watercolor, pen and glitter watercolor. Done in either May or June 2012. 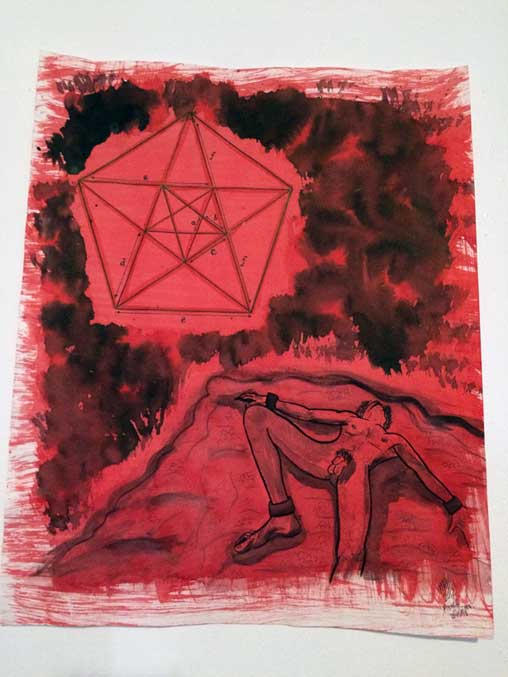 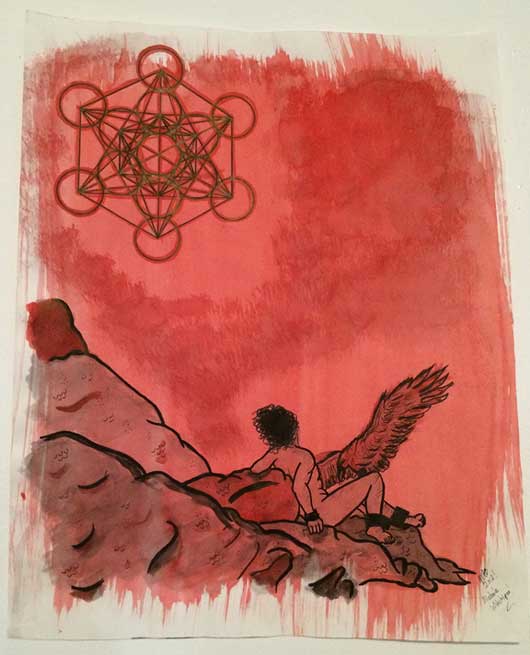 The next one shown is Prometheus as an older, wise man. The mediums here was very mixed. Ink, acrylic, watercolor, and pen. 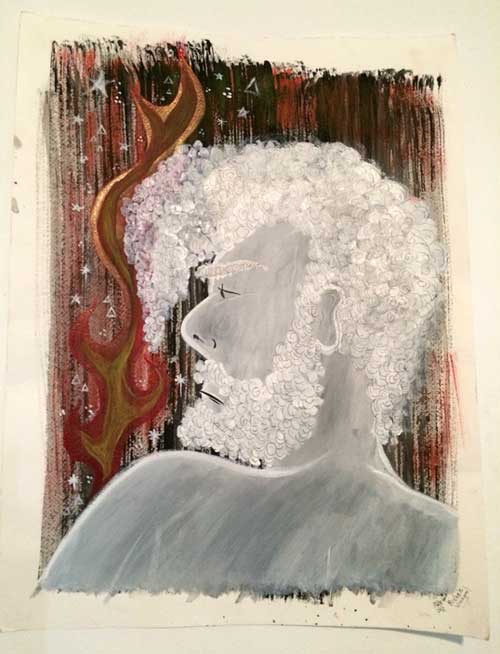 Usually I don’t sell my originals, just prints. With these, there’s an exception. I’m selling all of the originals here. It’s just better if I part with these. In fact, today I seriously thought of burning my entire Prometheus series. I’m not joking. It would make sense actually, since Prometheus brought fire to humanity.

Sometimes it’s best to burn bridges, as to not live in the past. To dwell in the past hurts what matters the most – to live and love in the present.