Going through some old art files. Stumbled upon an old pen drawing done in 2011. Decided to experiment, and digitally color it. Now it has that slight Psychedelic but still having that Art Nouveau feel to it.

Forgot as to why this was titled ‘Wonderland.’ Back in 2011, this was originally drawn for an Adobe Illustrator class. If I recall, this project was about designing some kind of logo. My initial concept was to create a label for a wine company. Went with another ideal, which led to me using another image instead.

After coloring this old piece, it now has that late ’60s/early ’70s vibe going on. Interesting that’s it’s colorful, considering that lately I’ve gone back to wearing all black. 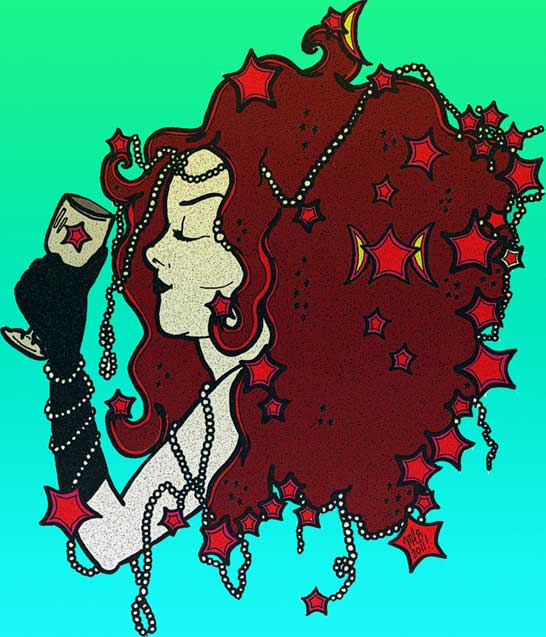