Back in 2009, I was lucky enough to see Throbbing Gristle live not just once, but twice. The concerts were in Brooklyn, at a Masonic temple. I had tickets for one night, but a friend was extremely generous enough to get me in another show, which took place on April 16th, 2009. Don’t ask, it was sheer luck.

Since my old laptop died, I’ve been going through various flash drives in order to retrieve anything. Old artwork, photographs, essays, etc. Then I found this: 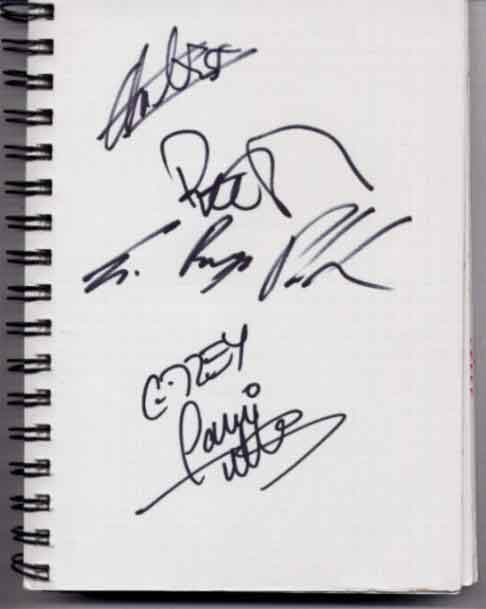 The first night TG played at the Masonic temple, they offered to meet fans during intermission. The offer my friend had was last minute, and was not at all prepared. Wasn’t even aware about the meet and greet. All I could do was to take out my sketchbook. If memory serves me correctly, Peter ‘Sleazy’ Christopherson and Cosey Fanni Tutti were extremely nice. They were all gracious, really, including Chris Carter and Genesis P-Orridge.

When hearing about Christopherson’s death a year later, the news came as a shock.

In 2011 or 2012, when I was back in college, I did a research paper on Christopherson for my ‘History of Graphic Design’ class. Prior to joining Throbbing Gristle, Sleazy was quite active in commercial art. He designed album covers for the legendary British design group Hipgnosis. Not only did he take photographs of The Sex Pistols during 1976, he later did design for SEX. That was the ‘Punk’ fashion boutique ran by Vivienne Westwood and Pistols manager Malcolm McLaren. He continued doing commercial work throughout his life, working with bands like Ministry. By the way, that paper landed me an A.

Of course, beyond TG, Sleazy was in an early form of Psychic TV and later Coil with partner John Balance.

Anyway, back to these signatures. One of these days, I should get this framed. Still can’t believe I was lucky to get such a memento. With that, it’s enough of this Throwback Thursday post. Onward to the present.