During the years of 2004 to 2009, I self-published a pin-up sketchbook titled Babalon Babes. Not to be confused with Babylon, the name Babalon is a goddess which comes from Aleister Crowley’s Thelema system, or the 93 current. Babalon’s attributes have many layers. Among some of those layers are known as The Scarlet Women and The Great Mother. Babalon could be seen as a deity not afraid of her sexuality, completely liberated in which she could be seen as The Great Whore. American scientist Jack Parsons wrote about Babalon, taking part of a working known as The Babalon Working.

During 2003 – 2004 I was studying a lot about Thelema. This in turn influenced me to put together a collection of pin-ups containing both erotica and esoteric nature. Most of the Thelema influences went into Babalon Babes issues 1 & 2. 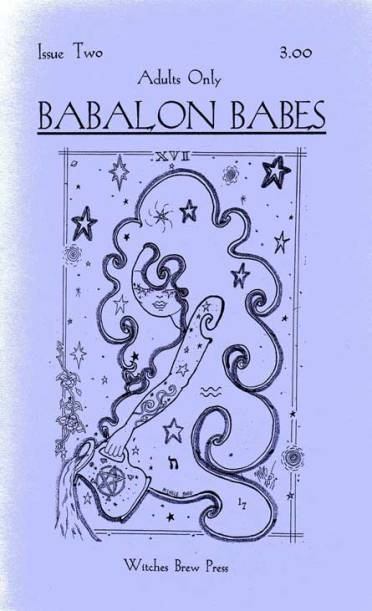 Issues one, two and three were sold for a while at Jim Hanely’s Universe at their previous location.

Issues of Babalon Babes being sold at Jim Hanely’s Universe between 2004 – 2008.

With issue two, the transition between Thelema and my beginning interest in Chaos Magick started to merge. It was also issue two, and continuing into issue three that I mentioned the Cut-Up method, popularized by William S. Burroughs and Brion Gysin. This same Cut-Up Technique was later used by popular musicians such as David Bowie, Kurt Cobain and Radiohead. T.O.P.Y (Thee Temple ov Psychic Youth) also spoke about Cut-Up workings.

Then came issue three, which I had self-published during a tumorous time in my life. The abusive marriage I was involved with came to a head. Should have left after the new husband gave me a nasty black eye, but I foolishly stayed. Due to such, I ended up homeless, crashing on various couches, depending on the kindness of near strangers and having my vulnerability taken advantage of. Despite of all this, I managed to make it to MoCCA Art Fest 2007 in time to sell Babalon Babes issue three, and the first Psycho Bunny Scrapbook. That alone was a feat into itself. Strangely enough, the cover of this issue, drawn between 2006 – 2007 still stands on its own.

After moving back to NYC for good in late 2007, I threw all my focus into my comics. In Fall 2009, I released the last issue of Babalon Babes, which finally had a theme. This time the focus was completely on Astrology. 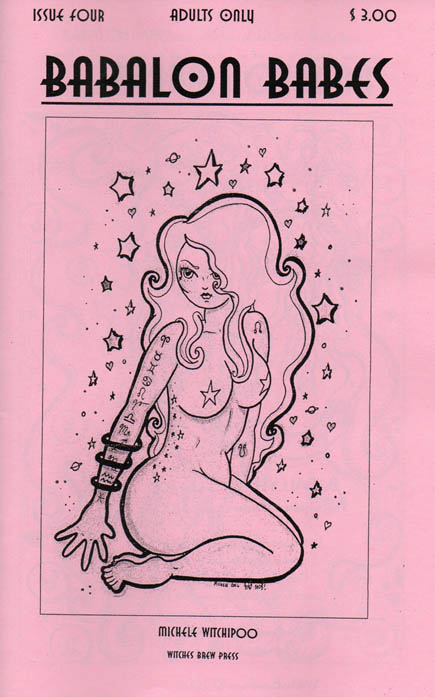 Why am I posting past work? Well, as someone said recently, sometimes you have to look backwards to go forward. It sounds contradictory but there’s truth to this statement. Sometimes one needs a refresher on why one chooses the path they’re on. Think of it as a wake-up from a deluded nap. Then again, everything is just an illusion, isn’t it?

Looking back at these issues, I can’t believe some of my pin-ups were that sexually explicit. Would I draw these type of images today? Probably not, but I did draw the images back then, so best to own up to it. It was after all, a different time in my life.

I thought about doing another issue of Babalon Babes. Last time this came to mind, I thought about having a Rune/Norse theme. Then I scraped the whole ideal completely. Sometimes it’s best to leave things as they are.

There will always be a slight chance that Babalon Babes will come back, but for the time being, no. I decided to stop printing issue two aeons ago due to certain reasons. Issues One and Three got eventually got the chopping block a few years after. The only issue with copies still available is issue 4, the Astrology issue. Which you can always order off my website. Warning – there’s not many of those left either. Yet who knows? Never say never. At this point it’s either burn the bridge or go with whatever is left.