Two weeks ago I had plans to do this Bowie sketch. Then came news of his new album going to number one in the UK. (http://www.nme.com/news/david-bowie/69250) So perhaps after being subjected to auto tune pop music crap, there might be hope for the human race. Perhaps not. We’ll see.

I really haven’t sat down and listened to the new Bowie release. Don’t matter. I will always be a fan of his seminar work such as Ziggy Stardust, his Heroes era, and right up to Scary Monsters. While I’m not that much of a Bowie fanatic, no one can deny his influence.

Here’s a quick watercolor piece done this morning. Basic glitter watercolor. It’s not my best, but it’s not my worse either. This painting looks a lot better in person. The scan didn’t do it justice. Now I’ll quietly curse myself for not being a teen or a young adult during the Glam Rock era. Meanwhile the song “Panic In Detroit” runs through my head. 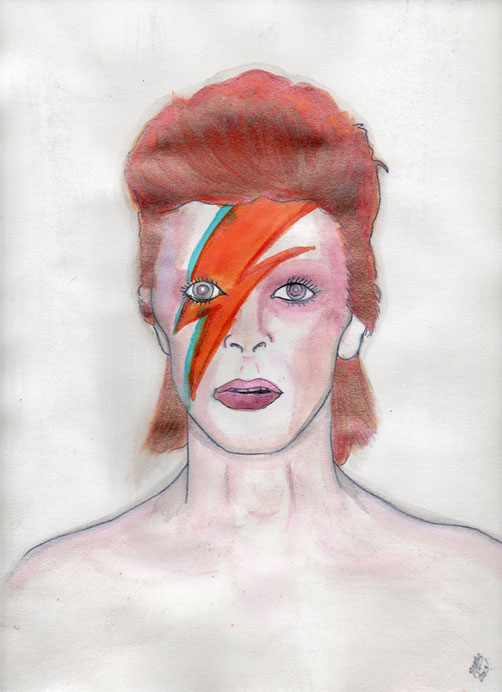