Two days after my birthday, I left for my first ever trip to Europe. Austria to be exact and it was through a school scholarship. Although it’s been a month since the trip, I’m still processing my week in Austria. That’s probably due to the fact that finals are underway as this semester is winding down.

The purpose of the trip was to attend a seminar about Global Citizenship. I’ll probably make another blog post about what I learned during this trip, when school isn’t so busy. Before the trip though, my friend suggested doing a blog post about Austria when arriving back. In the meantime, here are a few photos from Easter Sunday, from the week of April 7 to April 14th 2012.

For the record I’m not a deeply religious person. Although I did explore a number of faiths, in the end I decided it was better to be spiritual than religious. Actually, no matter what you believe in, or even if you choose not to believe anything at all, in the end it’s better to be a good person.  It’s best to live life on your own terms.

On the morning of the snowy Easter Sunday, the visiting students were given the morning off. We had the choice of either heading into the old town, attend Easter Mass, or do whatever. At first I followed most of the group into town. Somehow because I started taking photographs with my manual film camera, suddenly I found myself, by myself. Joining another student who had also been left behind, we walked into town deciding to explore for ourselves.

We found ourselves walking inside one of the oldest churches in the town, St. Peter’s Abbey. The lovely scent of myrrh and frankincense permeated the air as we walked around the church. Normally one doesn’t take photos during mass, out of respect. Yet I knew though I would probably never have an opportunity such as this ever again. So I switched my iPad to silent mode as not to disturb anyone, and snapped these photos.

Despite the snow falling, I didn’t find the weather to be too cold. If anything, it just added to the overall beauty of that day. 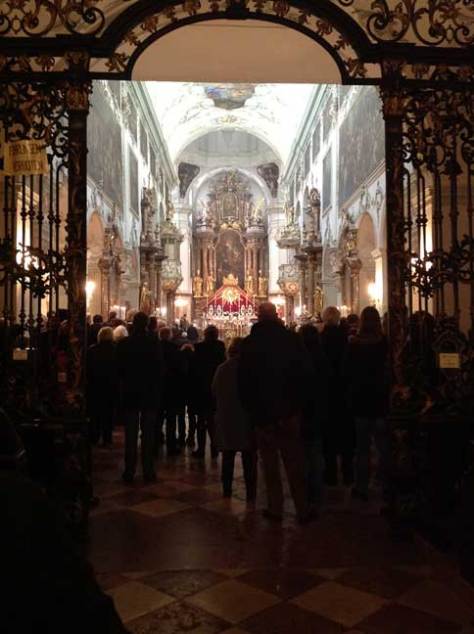 At this point, it was starting to feel as if an art history lesson had come to life. 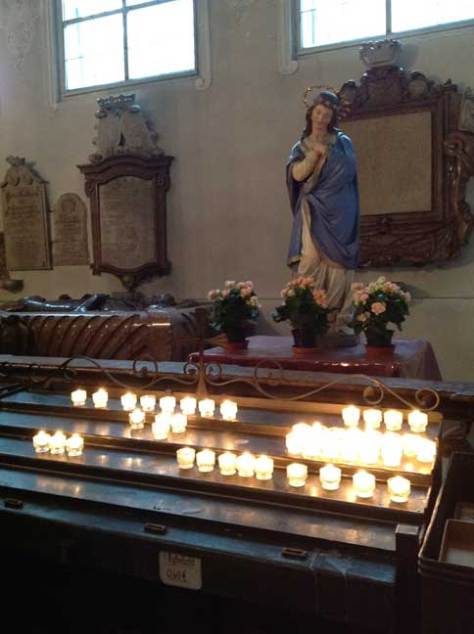 The above is my favorite out of the entire series.

Below are two photos after leaving the church. We didn’t stay for the entire service. Soon it was time to head back to the Schloss Leopoldskron, where we had been staying.

I could’ve manipulated these pics in Photoshop. In the end I decided to let these untouched photographs speak for themselves.

Here’s a link about this church: http://www.sacred-destinations.com/austria/salzburg-st-peters-abbey-church