February here already? Time flies whether or not you’re having fun.

Last night was fun though, and here’s a brief review of last night’s event. Titled “This Is What We Do,” it took place over at the HillTap Tavern located in Elmhurst, Queens, NYC. The second annual event was created and hosted by fellow creator Sergio Zuniga. (Website: http://www.beernutcomics.com/)

There were art, comics and prints for sales. Besides me and Sergio on the bill there was work from Amy Chace, Justin Melkmann (from the band WW9), Steve Pavlovsky, Thomas Doerrer, and Paul Benincasa. 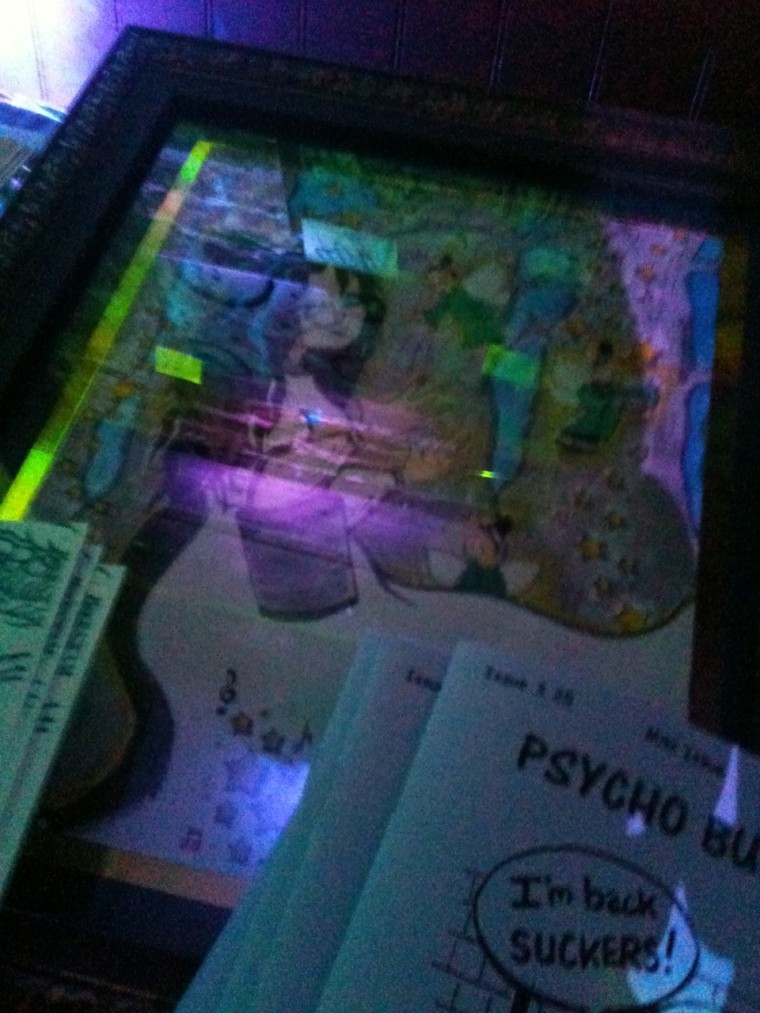 My Shuï Rhys painting. Originally exhibited in the The 2011 West Coast Eisteddfod: Welsh Festival of Arts in Los Angeles. Also published in the 2011 book "A Welsh Alphabet."

The three bands listed were The Barrens, Hidden Trax. Vol 1, and Losing Constitution.

The Barrens performing at HilltapFor the second year in a row, Liquid Light Lab put together awesome visuals for the show. 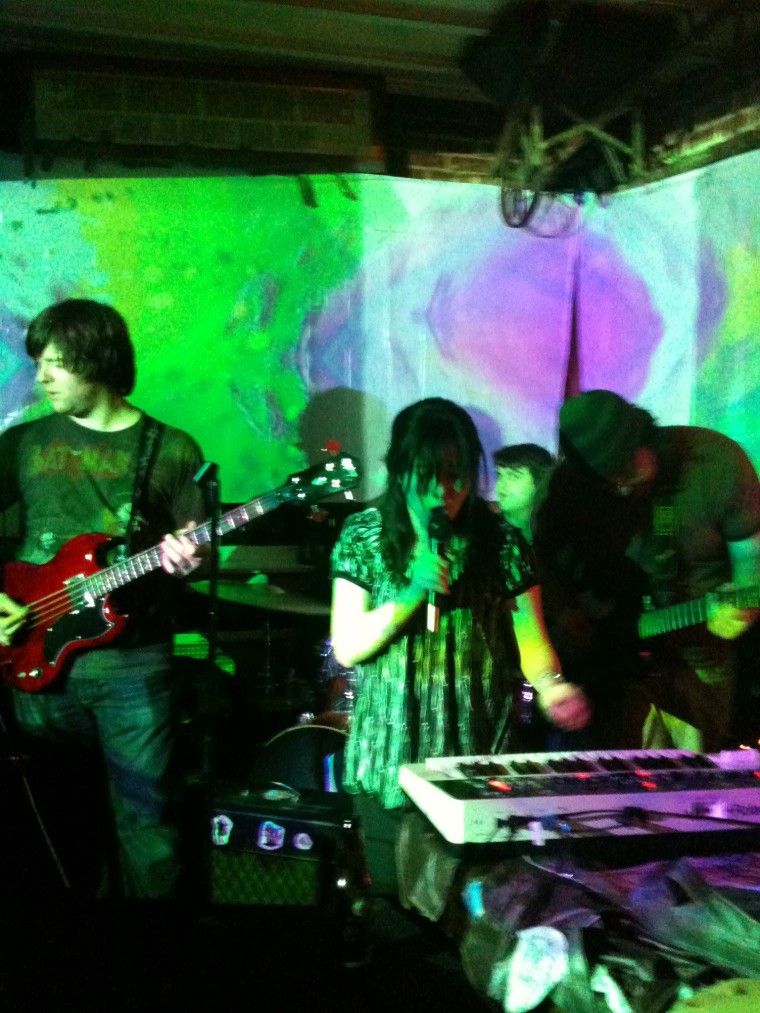 The Barrens live at This Is What We Do/Hilltap Tavern. Feb. 2012.

For the second year in a row, Liquid Light Lab put together awesome visuals for the show.

All in all a good night.