Last night was of course, the Welcome To My Nightmare V event. If you’ve been following this blog, you might be sick of seeing the flier posted every other day.

Here’s some of the photos from last night:

My display for the Welcome To My Nightmare V show.

Part of my table display at the Nightmare show. March 26th 2011. 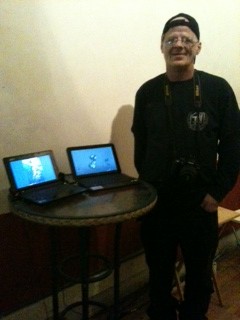 Photographer Otto Yamamoto next to his display. March 26th, 2011. 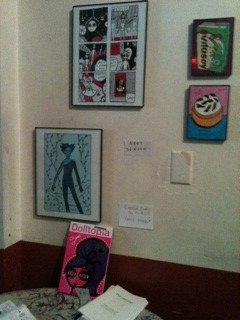 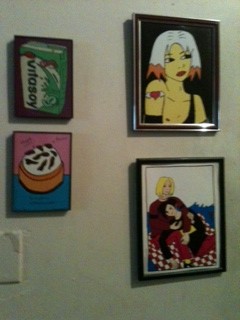 Abby Denson display for Welcome To My Nightmare V show.

Xtene (Christine) Kucinskis paintings. Xtene was the mastermind behind putting this show together. She's also put together the previous Nightmare gigs, 1-4. She's also the bass player for the band Skum City. She gave me a Skum City tee which I will proudly wear.

All girl Japanese/NYC based punk band Highteen Boogie. I want to be thier (non-sexual) groupie. They rock. March 26th, 2011. 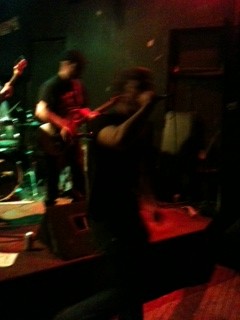 There were some bands that I couldn’t take photos of, because it was getting crowded. All in all, a good time. Thanks goes to Christine (Xtene) Kucinskis.