Still haven’t blogged about my experiences from the New York Comic Con 2010. It was a pretty intense weekend, have to admit it. And no, I won’t blog about the NYCC 2010 yet ’cause I’ve seemed to have misplaced the disc with all the photos. Fresh from the farm however, are pics from the most recent past weekend.

On Saturday, went to the King Comic Con in Brooklyn. Much smaller in scale than the NYCC, but still worth checking out. Personally, I prefer the smaller indie cons, mainly because they focus more on the creators, i.e., artists, writers, etc. Here’s some photos taken with my trusty cell. 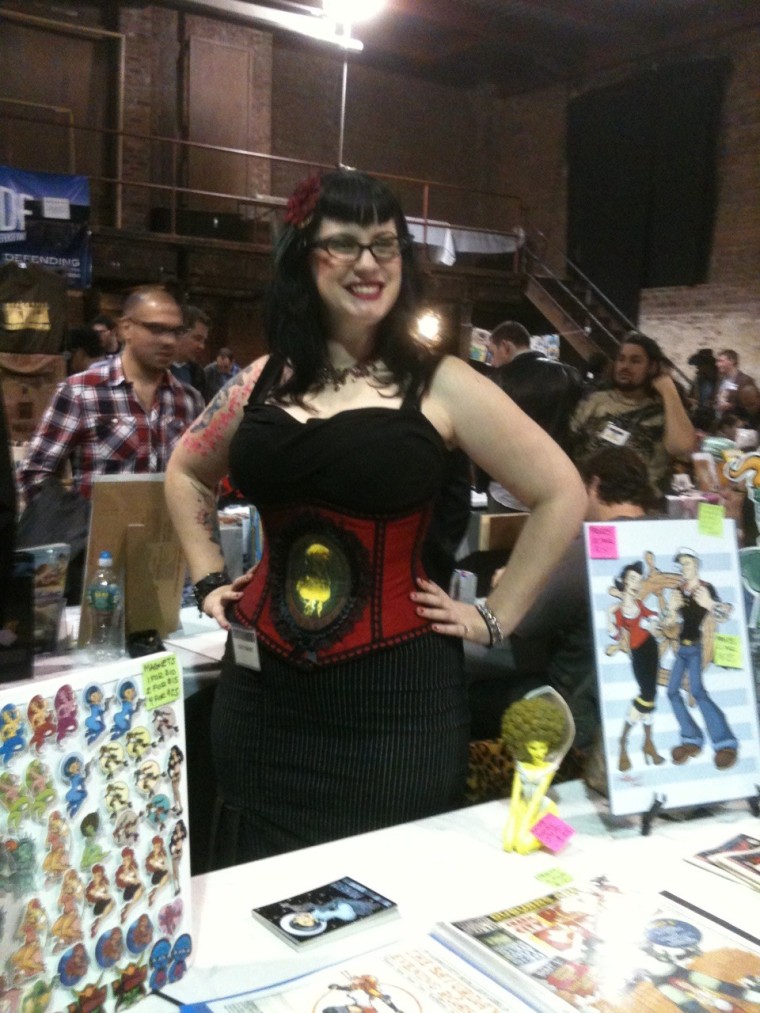 Paige Pumphrey. I had the pleasure of sitting next to her during MoCCA Art Fest 2010. She

Paul Benincasa and Amy Chace. In addition to making comics, they also have a band called Trauma Team 666. 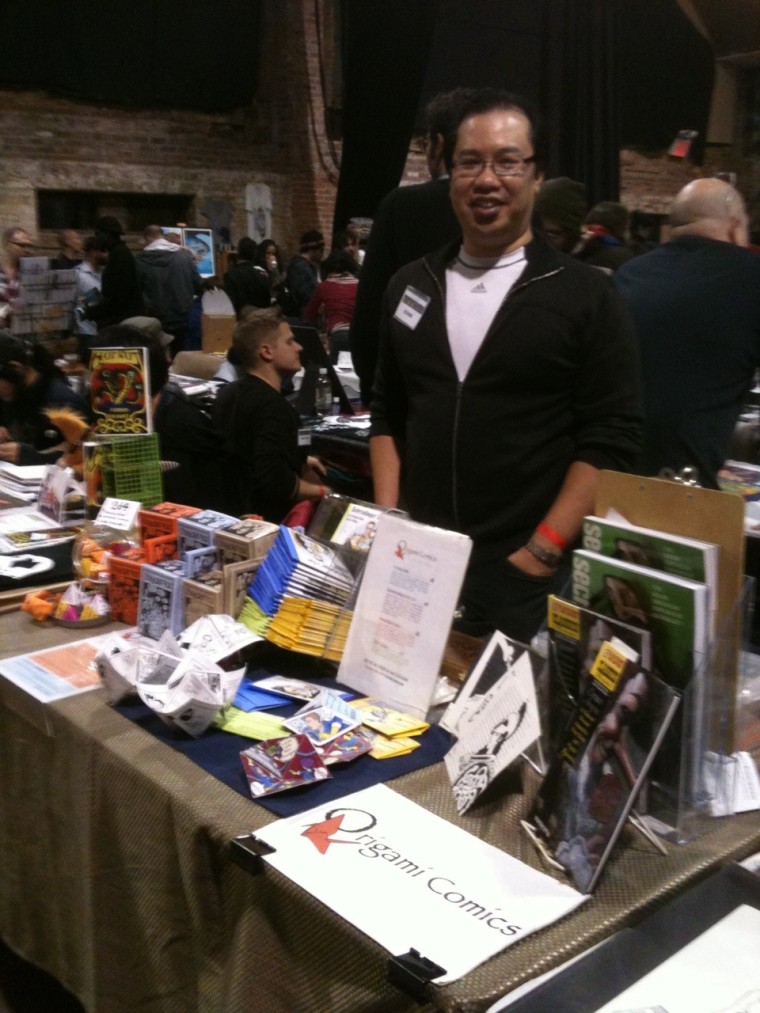 I love this character. She's so bad-ass. Created by the Powersmith Team. 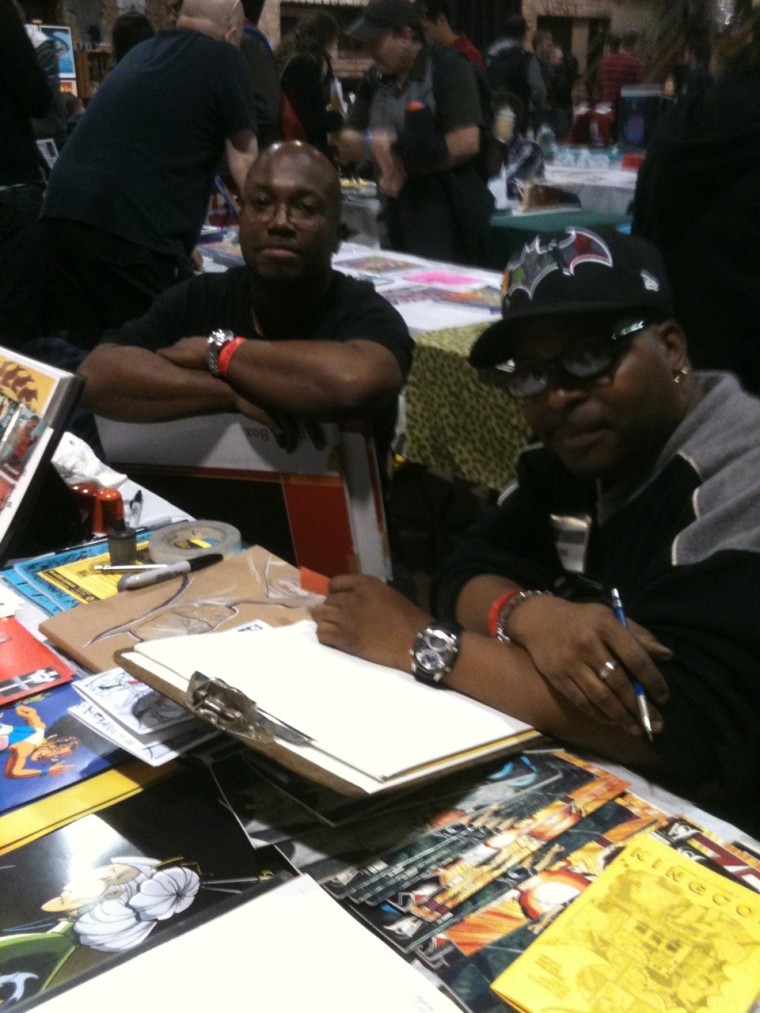 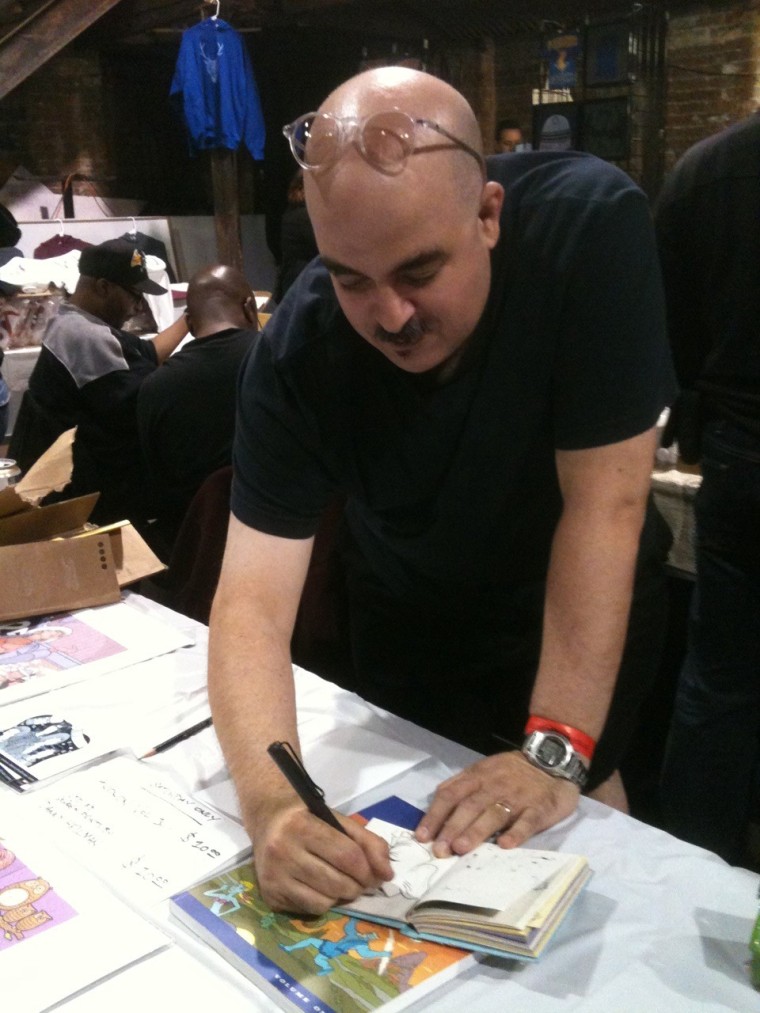 I don't know who this guy is, so if anyone can send me info, that will be greatly appreciated. Met these two as I was talking to Zorikh. They had a table at King Con. The guy wearing the hat warned me that if I saw his happy face, I should be worried.