It roughly over a few weeks since the New York Comic Con 2010 came and went. It was an interesting experience for me.

However, before I blog about my experiences being at the NYCC, I have to address this first.

As for voting there was some confusion as to whether or not the voting was private or open to the public. Since I saw that a few other nominees were posting URLS and inviting non CAG members to vote on some social networking sites. Since nothing was mentioned, I decided to do likewise. It was not until AFTER the URLS were posted onto various websites that CAG sent an email about allowing public voting.Anyway, I continued to promote the nominations I was in the running for. I even received private congratulations from friends and associates who saw the nominations posted.

So…Sunday October 10th 2010 arrives. I go down to one of the panel rooms for the CAG “awards.” So as the nominations were read, almost everyone who had gotten top vote in their perspective categories…except for me.

You see, even though I had 32.18% of the votes in the category for Best Artist, I didn’t win. Now out of the nine nominees listed in the poll, I had twenty-eight vote. for me. Others had 21.84%, 12.64%…so since I had 32.18%, it looked as if I was ahead. Also, in the CAG/Haller awards ceremony, in many of the nominations, there was as many as nine nominees. However, in the Powerpoint presentation shown during the awards show, only four were shown. Again, no mass email among CAG members were sent out stating that the nominations would be whittled down to four per category during the awards. So I suppose that I was “lucky” to even have my name mentioned during these Powerpoint presentations.

My immediate gut reaction was to shout out that this was not the 2000 Presidential Elections. If there was an ‘electoral college’ in addition to the public voting, again, no mass email was sent out among CAG members. But again, when everyone else who was again their respective categories won their awards, and I did not receive an award for the nomination which I had the most votes in, one tends to get suspicious.

For the record, I will state this: I hold no animosity towards the other winners. I extend my congratulations to them. I will even congratulate the person who won Best artist over me. Why? It’s because they mean no ill will. It’s not their fault. I only have misgivings towards one winner, who shall remain nameless at this time. What I do have is animosity towards the mystery of why even told I was ahead in the polls, I did not win for best artist.

It is not in my nature to be bitter, or to act entitled about receiving or not receiving awards. However, when you see that your name is ahead in the polls, yet the award is given to someone else, you begin question the organization you’re involved with. This is not the first time CAG has been accused of rigging the awards. Someone else accused CAG of something similar about the 2008 CAG awards before they were re-named The Hallers. That person is no longer part of CAG.

It’s obvious that CAG is in a serious state of decline. If you are someone just starting out doing comics and/or illustration, and you think CAG might be the one to help you get your foot through the door…think again. Unless you’re willing to kiss ass to be a part of some clique, or looking to waste time, then CAG is not for you.

For those who are still in CAG, and if you would still like to talk to me, please do. I value your friendship. For those who don’t…your loss.

As proof that I’m not making anything up, here are the poll results:
http://www.pollpub.com/best-artist.aspx 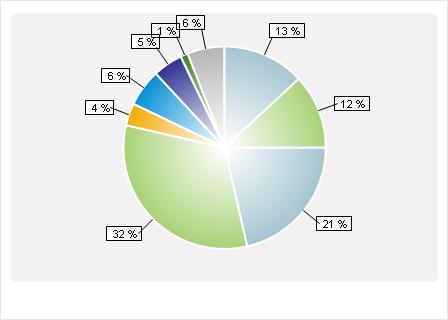 Poll Results For CAG/HALLER Awards 2010, Best Artist. Michele Witchipoo won in the catagory, but someone else won the award. Hmm...