Pondered about this tonight…sometimes unrequited love is the best kind of love. 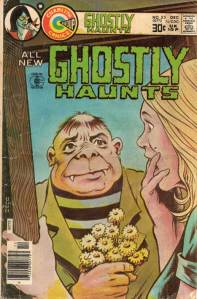 Why do you ask? Quite easy to explain actually.

Unrequited love is the safest kind. No fear of rejection, disillusionment, broken confidences. Disappointment is not an option, for there is none. Your reputation remands intact along with your dignity. You don’t have to worry about your partner running off with your best friend or having sex with your brother. Do the laundry with ease ’cause you’re not coming across underwear that doesn’t belong to you nor your bitter half. Go on the internet stress free. You don’t have to worry about “accidentally” finding your honey’s email containing that spicy invite that you knew you did not send. No longer will you have to lick your wounds as you pull the knife from out your back.

Plus in this economy, think about the money you’ll save. Imagine never having to go over your precious minutes with your cellphone plan. Your cold hard earned cash will not be spent on some therapist, who has to hear you whine about how your ex did you wrong. Your pharmacist might get a little wee pissed off though. He or she was kinda depending on you filling in that prescription to cure you of that nasty STD you picked up along the way. Oh, and save that call to the lawyer. Guess these folks are gonna have to find another way to buy that Lexus.

Your local bartender will have to find a second job, and Jack Daniels will have to cut back on his staff. Thanks to unrequited love, you don’t have to drown your sorrows in a certain liquid proof. Yeah, those silicone enhanced strippers and steroidal go-go boys are a little miffed too. They’re gonna have to learn another skill other than lap-dancing for your tips. 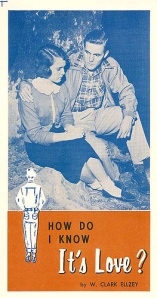 When you really think of it, is heartbreak really worth the trouble? Tiger Woods hangs his head while Amy Whitehouse sings Love is a Losing Game. But wait a minute you ask, why glorify unrequited love. Isn’t it just as sad as heartbreak? Well yes and no, depends on how you look at it. Just like how a glass of water can either be half empty or half full. Why frown upon unrequited love? Does it have to make you feel so hopeless and rejected?

Look at it like this; many times we think we know the person we’re involved with, but we don’t. Truth be told, we don’t always know the truth. Especially on those who we trust to be truthful. Once we do find out the truth, the person who we once loved, cherish, and put upon a pedestal, becomes nothing more than a facade. The pedestal crumbles under the heartbreak, rarely rebuilt. At least with unrequited love, the pedestal in which you have placed your object of desire remains intact. It remains intact until you decide its time to either place someone else on that pedestal, or take it down without a embarrassing fuss.

So what difference does it make? Unrequited love isn’t necessarily bad per say. There is some advantages. It’s kinda less messy in a way. If you think you’re gonna be rejected, well hell, why bother? Think of all the advantages. His or her loss as you pine in silence. They do say the chase is better than the catch. So smile and desire from afar.

At least that’s how you console yourself.